OnePlus believes you don't the notification LED on the OnePlus 6T since it has the 'Lift up' display. 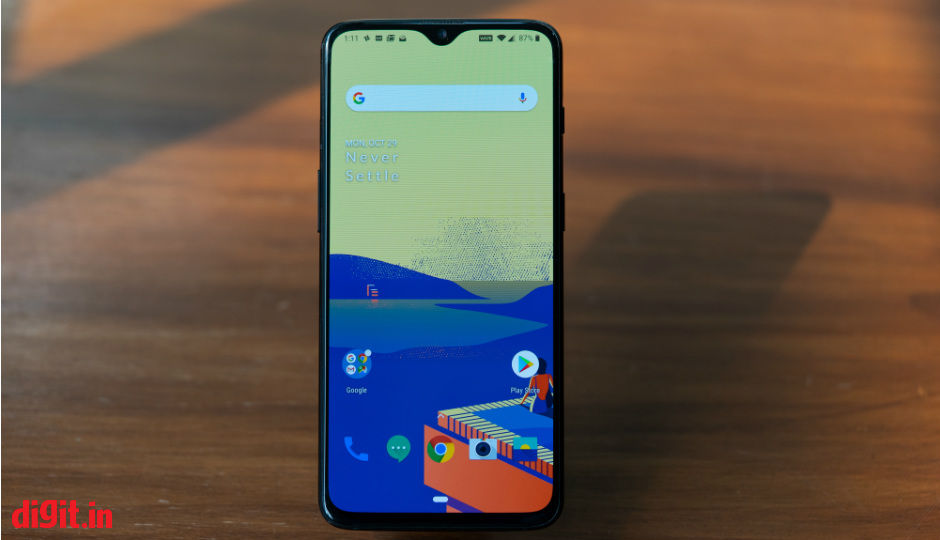 The OnePlus 6T incorporates a bigger 6.41-inch display in the same dimensions as the OnePlus 6 by shrinking the size of the notch. While the OnePlus 6 had a rather wide notch on top of the panel, the OnePlus 6T (review) has the ‘drop notch’ that takes up lesser space, leaving more real estate for the status bar icons on top and even increases the screen-to-body ratio. However, a smaller notch also means space constraints. On the OnePlus 6T, the notch houses only the front camera and the proximity sensor. Because of space crunch, the LED notification light is no longer there. The phone also sacrificed the 3.5mm headphone jack to make space for a bigger battery and the in-display fingerprint sensor.

OnePlus recently held an AMA session on its community explaining the features the OnePlus 6T, and the ones it doesn’t. The LED notification, according to OnePlus, was removed because it was no longer needed. Users could simply lift up the phone or tap the display to see the notifications on the lockscreen itself. It’s an ambient feature that OnePlus calls ‘Lift up display’.

OnePlus also removed the ‘Always-on’ display because it caused more battery drain than the ambient feature. It came on OnePlus 6 phones out of the box but was later removed via a software update. The company is apparently still considering the “functional value vs power consumption” of the feature before
baking it in phones in the future.

Further, when asked about the lack of an IP rating, co-founder Carl Pei said the OnePlus 6T does have water resistance, but going for an IP certification would likely increase the price of the device. The OnePlus 6T, he said, is designed to survive accidental spills or a drop in a puddle, but it won’t survive activities like diving.

OnePlus also addressed that the T-mobile version of the OnePlus 6T in the United States will not have beta support and the updates too will roll out delayed as the phones require additional certification by the operator. OnePlus will also release a glass screen protector for the phone.