The handset is shown off in a Haze Blue colour, which is similar to the Glacier Blue edition of the OnePlus 7T.

The OnePlus 7T Pro is expected to be announced globally on October 10. 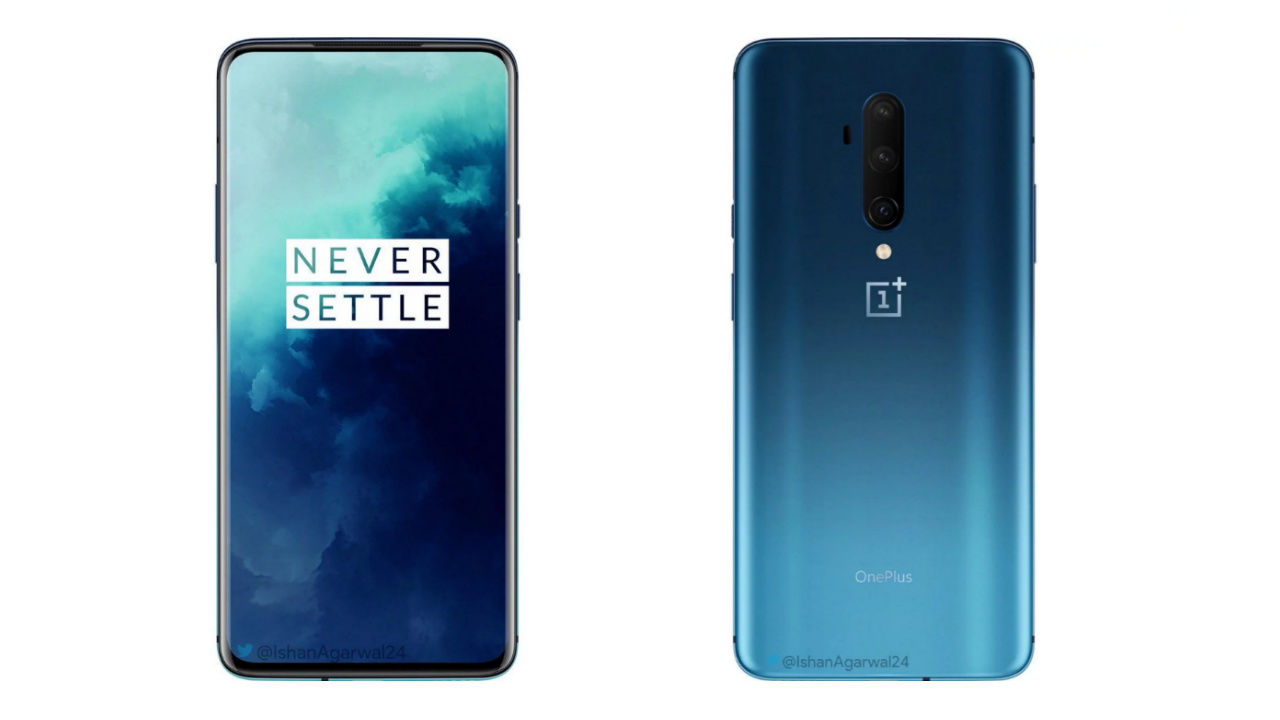 OnePlus recently unveiled its OnePlus 7T handset in India and is expected to announce its OnePlus 7T Pro smartphone at an event on October 10. However, the upcoming handset is being leaked extensively ahead of the official announcement and now, we have some new renders of the handset. Leaked by the tipster Ishaan Agarwal, the OnePlus 7T Pro renders show off the handset’s design in a new Haze Blue colour edition. Going by the images, it seems like there won’t be a big design change in the handset as compared with the OnePlus 7 Pro. The display is notch-free with minimal bezels around it and it is most likely to sport a pop-up camera module.

Previous reports on the internet suggest that the OnePlus 7T Pro could feature a 6.65-inch AMOLED quad HD+ display with a 1440 x 3100 pixel resolution. It is already confirmed that the handset will get a 90Hz display since OnePlus has already said that all its future phones will sport a higher refresh rate display starting at 90Hz. Coming back to the leaked renders, ṭhe rear panel of the handset sports a vertically stacked triple camera setup, which is centrally aligned. The device is expected to sport an in-display fingerprint sensor.

In addition to the new renders of the OnePlus 7T Pro, the tipster also shared few images of its cover case options. OnePlus could offer a Karbon Bumper, Nylon Bumper, Karbon Protective and Sandstone Protective rear panel covers for the handset. The OnePlus 7T Pro will be running on Snapdragon 855+ SoC, unless there’s a surprise planned by Qualcomm and OnePlus. It might come equipped with up to 12 GB of RAM and up to 512 GB of inbuilt storage. The OnePlus 7T Pro is expected to get a global release on October 10.

While OnePlus is gearing up to announce the OnePlus 7T Pro, early renders of the OnePlus 8 also surfaced online. The renders hint at a design change with the OnePlus 8, which is seen featuring a punch-hole display design. The display can also be seen curing along the edges, which is something similar to what Samsung has already been doing with its Galaxy S series of phones.