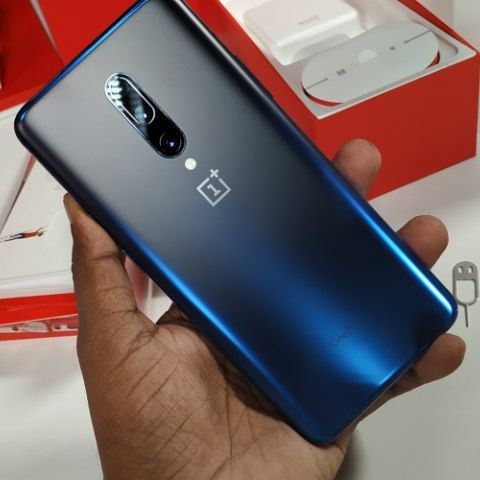 OnePlus recently launched its new flagship smartphone, the OnePlus 7 Pro. The device’s hardware and design are updated as compared to its predecessor, which is expected. However, the company also announced some new software-based features that were exclusive to the handset till now; like a native screen recorder function and the Zen Mode. The smartphone maker has now announced that these two new options will soon be made available for its older phones, on the OnePlus 5, OnePlus 5T, OnePlus 6 and the OnePlus 6T. The announcement comes via the company’s official forum post.

OnePlus apps are available for download via the Google Play Store and it seems like some users downloaded and started using the two new apps. In the blog post of the announcement, a staff member stated that some users are facing issues like no audio output when using Screen Recorder while gaming or listening to music. Some users are also receiving notification reminders when they are using the Zen Mode, which is not supposed to happen. The staff member advises not to install and use the apps until “we fit them to the OnePlus 5/5T/6/6T”.

Additionally, the OnePlus team is working on bringing the two new features next week with the open beta build for OnePlus 6/6T. The company says users can also soon expect to see them on the OnePlus 5/5T and the stable build. While the screen recording feature is self-explanatory, the Zen Mode is a new digital wellbeing feature by OnePlus. The mode stops all functions of the OnePlus 7 Pro, including incoming notifications and calls, for 20 minutes and one can’t exit it after it starts.

OnePlus also introduced the Nightscape 2.0 mode on the OnePlus 7 Pro, which leverages the phone’s 48 MP sensor capabilities to capture ‘better’ low-light images. The company confirmed to AndroidAuthority that this feature is exclusive to the OnePlus 7 Pro because of a hardware limitation.