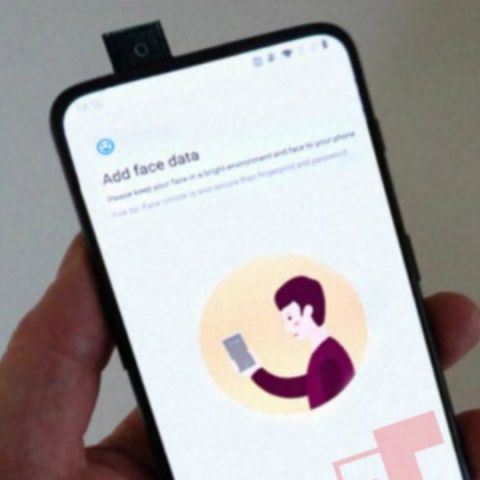 The image comes a day after famous tipster OnLeaks posted an image of the alleged OnePlus 7 showing three cameras on the back and a pop-up selfie shooter.

A day after famous tipster OnLeaks (with PriceBaba) leaked an image of the alleged OnePlus 7 with a pop-up display and three rear cameras, a hands on image of the phone is making rounds on the internet. Leaked by technology news platform TrueTech, the image shows the pop-up selfie camera attesting to the claims in the previous leak. The phone is also seen having some bezels and the image suggests that the next OnePlus will have the Face Unlock feature as well.

The OnePlus 7 is slated to launch sometime in Q2 2019 while some say that it could get an official launch in May. If true, this launch will also fall in the lines of OnePlus’ six-month refresh cycle for its flagship smartphones. Moreover, there are whispers in media corridors that claim that the OnePlus 7 could launch alongside a 5G OnePlus device, which the company has promised several times over since December last year. 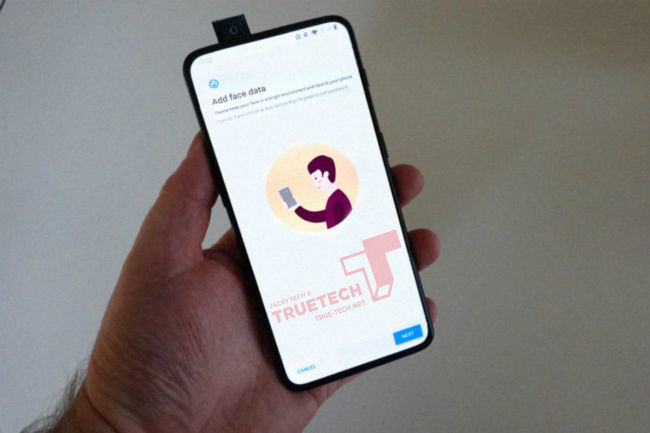 Digit had also seen a prototype of its 5G smartphone at the MWC this year, showcasing low-latency cloud gaming on a functioning 5G network provided over Ericsson’s network technology. Now coming back to the details of what can be expected from the next OnePlus phone, OnePlus seems to have borrowed the pop-up camera mechanism from its sister brands Oppo (Find X) and Vivo (Nex).

The leaked images and video of the alleged OnePlus 7 show that the smartphone comes bearing a 6.5-inch display, which could be an Optic AMOLED panel that appeared on the OnePlus 6T. At the back, three cameras are aligned vertically on the top-middle portion of the phone, with an LED flash resting underneath them. There are no details available on the camera specs of the smartphone.

The volume buttons can be spotted on the left edge of the OnePlus 7, while a power button and alert slider are placed on the right edge. The leaked information suggests that there could be an in-display fingerprint scanner on the OnePlus 7, just like the OnePlus 6T.  Previously, Chinese tipster @Steven_Sbw revealed the phone’s front panel without a notch or a punch hole camera suggesting a pop-up camera mechanism.