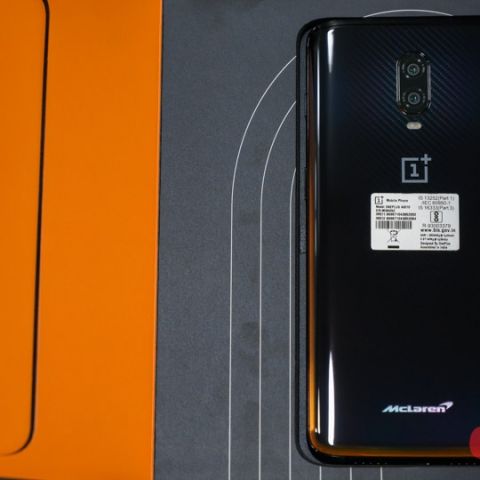 The OnePlus 6T McLaren Edition comes bearing the signature Papaya Orange McLaren highlights around the bottom edge of the device before fading into the black. OnePlus has also launched a new OnePlus charging stand.

Describing Warp Charge 30, OnePlus said, “Charge 30 takes fast charging to new heights and never leaves people wanting, offering a day’s power in just 20 minutes. Thanks to new Integrated Circuits in both the charger and the phone, as well as finely tuned power management software, 30 watts of power flow to the handset without slowing down even when the device is being used, or generating excessive heat.” 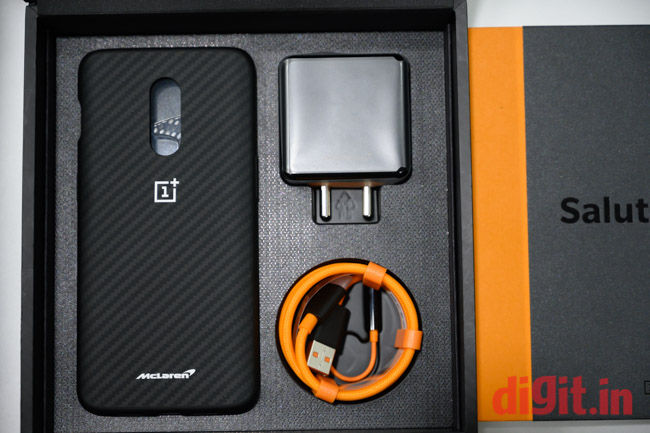 On purchasing a McLaren Edition OnePlus 6T, buyers will also get McLaren’s logo, the iconic Speedmark, recreated in McLaren-designed F1 AA grade carbon fiber – the same material used in the McLaren MCL33 2018 Formula 1 car. OnePlus says that over six F1 cars’ worth of carbon fiber were used in the production of the Speedmarks. Also in the box are the Warp Charge 30 power unit and Papaya Orange braided USB Type-C cord. There’s also a traditional OnePlus kevlar case with McLaren branding and a USB Type-C to 3.5mm adaptor included in the box.

You can check out our unboxing video of the OnePlus 6T McLaren Edition below.