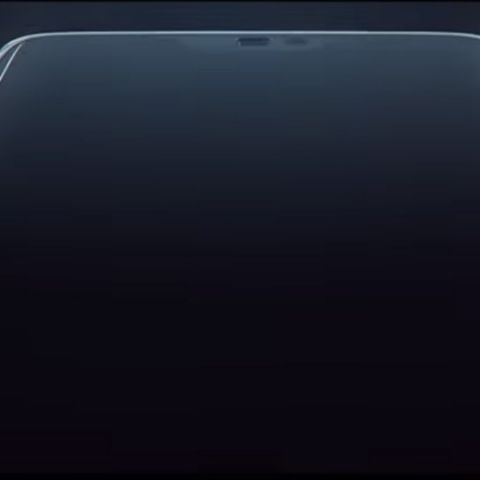 The Marvel Avengers Limited Edition of the OnePlus 6 is tipped to feature a new textured rear panel. The video also showcases the notch on top of the phone’s screen and it is expected to launch on May 17.

OnePlus has announced that it will globally unveil its flagship OnePlus 6 smartphone on May 16 and that the phone will be launched the next day in India, on May 17. The company has also confirmed that there will be a OnePlus 6 x Marvel Avengers Limited Edition smartphone, which will also be launched on May 17 in India, alongside the regular OnePlus 6. OnePlus has released a teaser video giving a brief look at the 19:9 display of the Avengers edition OnePlus 6 x with a “unique” textured back. This comes soon after OnePlus announced its collaboration with Marvel Studios, hinting that it could launch an Avengers Infinity War edition OnePlus 6 smartphone, similar to last year’s OnePlus 5T Star Wars Edition.

The upcoming OnePlus 6 x Marvel Avengers Limited Edition will feature design elements, which are inspired by the movie. The OnePlus 5T Star Wars Edition came with a red Alert Slider, a textured rear panel with the Star Wars logo, and we can expect something along the same lines for the upcoming OnePlus 6’s special edition smartphone. Almost everything about the OnePlus 6 has already been revealed by the company itself and some reports and renders have given us a more concrete idea of how it could look in terms of design.

The OnePlus 6 will feature a notch on top of its display, as the company believes that it is the best way to provide more screen real estate to its users. For those customers who are averse to the notch, there will be a compatibility mode to hide it, presumably by blacking out the sides of the notch. The smartphone will be powered by the Qualcomm Snapdragon 845 SoC and 8GB RAM. It will also be splash or waterproof and come with 256GB of internal storage, both features being a first for the brand. The handset will retain the 3.5mm audio jack and come with gesture-based controls as well. The device will be an Amazon exclusive and one can register to get notified. Their Prime customers will also get an added advantage of buying the smartphone by accessing the sale ahead of time at 12:00 PM IST on May 21, 2018.

As mentioned earlier, the smartphone will launch in India on May 17 and OnePlus will be live streaming the event on its official website, YouTube and via its various social media channels Facebook and Twitter as well. Their fans also have a chance to attend the event and witness the launch live by buying tickets for it. The event will take place in Mumbai and you can learn more about how to book the tickets here.

Some camera samples taken by the OnePlus 6 were previously shared by the company’s CEO and Founder Pete Lau. Lau also later revealed in a blog post that the standard variant of the device will feature a glass rear panel with five printed layers of Nanotech Coating. As for the images, they showcased the phone’s camera capabilities in bokeh shots and daylight images. As meta-data from the images was removed, no details of the device’s camera setup were found out.