The OnePlus 6 is seen featuring centrally placed, vertically stacked dual cameras and the fingerprint sensor is placed immediately below. It could also sport a wooden finish on the rear panel, which might be another variant of the device. 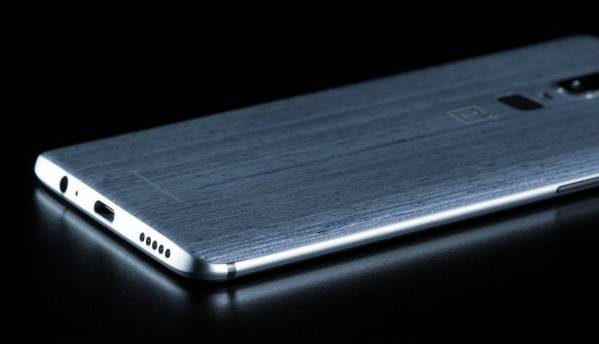 OnePlus is expected to launch the successor to the OnePlus 5T in a couple of months and an alleged image of the OnePlus 6 has leaked out already. Frequent tipster Evan Blass has tweeted an image of the rear panel of the OnePlus 6 showing a vertically aligned dual camera setup, along with a fingerprint sensor placed below it. The two components are centrally aligned and the rear panel seems to sport a wooden finish. The sensor seems to be rectangular in design and there is also a 3.5mm headphone jack seen at the bottom of the phone, along with a speaker grille and USB Type-C port.

The new wooden texture is speculated be another variant of the OnePlus 6, same as the OnePlus 5T Star Wars Edition, which had a sandstone rear panel. The OnePlus 6 was also previously seen in leaked images sporting the same design and as per a recently outed spec sheet of the device, it might feature an iPhone X-like notch on top of its display and come with an all-glass rear panel. The notch could house the earpiece, sensors and the front-facing camera, and it is expected to launch running on OxygenOS 5.1 based on Android 8.1 Oreo.

As mentioned above, the spec sheet for the OnePlus 6 has also appeared online but contrary to the ongoing rumours of the mobile phone featuring a 19:9 display, it tips at a standard 18:9 display aspect ratio. According to the spec sheet, the smartphone will be powered by the Qualcomm Snapdragon 845 SoC clocked at 2.7 GHz with 6GB RAM and 128GB ROM. It could feature a 6.28-inch Full HD AMOLED display with a screen resolution of 2280 x 1080 pixels. The device could be powered by a 3450 mAh battery.

In the camera department, the OnePlus 6 is expected to feature a 16MP+20MP dual-rear camera setup with a f/1.7 aperture for both the lenses. It is said to sport a 20MP front facing sensor with f/2.0 aperture lens.