OnePlus 6 confirmed to launch on May 17 in China

OnePlus' China website shows an event invite for the OnePlus 6 launch and that tickets for the event will be available for purchase from April 27. 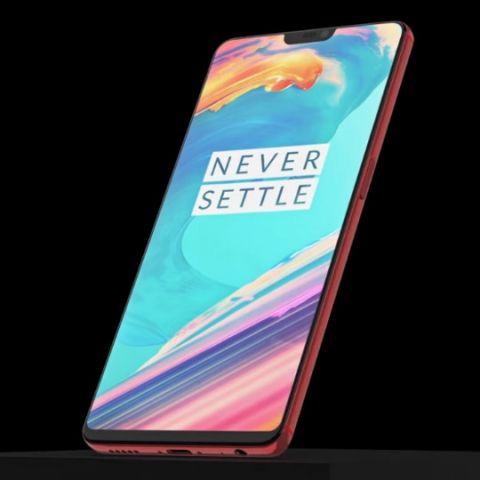 OnePlus will soon unveil its upcoming flagship smartphone, the OnePlus 6, and the company has now revealed when exactly it will be launched. As per the company’s China website, the smartphone will launch in an event being held on May 17 at 10 AM CST (7:30 AM IST) in Beijing, China. The event will be open to the public and those who want to attend it will need to pay CNY 99 (Rs 1,000 approx) to buy the tickets from April 27 and they will also get a sign-in gift, invitation code, 99 yuan accessories coupon and more. The smartphone is also expected to launch in India soon after the event as an Amazon exclusive, as the online retailer has already set-up a dedicated web page for it.

From what is confirmed about the device so far, the OnePlus 6 will be powered by the Qualcomm Snapdragon 845 SoC, coupled with 8GB RAM and 256GB internal storage. It will sport a notch on top of its display and for users who are not very keen on the notch will have the option of using the compatibility mode, which will allow users to hide the notch whenever the smartphone is in portrait mode. The handset will retain the 3.5mm audio jack and the company’s teasers, it could be splash-proof or waterproof as well. It is also expected to come with gestures similar to the iPhone X and allow users to swipe up from the left to go back a screen, from the middle and hold for multitasking and more. 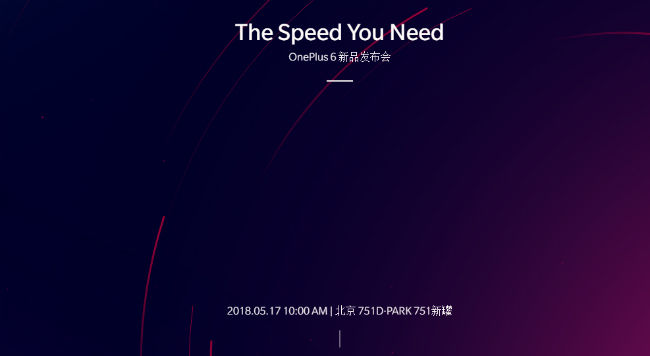 Pete Lau, CEO and Founder of OnePlus recently revealed that the device will feature a glass rear panel with five printed layers of Nanotech Coating, which is said to be a first in the smartphone industry. Lau had also posted the first official camera samples captured from the smartphone, showcasing the bokeh performance and daylight shots from the smartphone’s camera, but the meta-data from the images was removed so that no details of the device’s camera setup can be known.

The company also recently announced its collaboration with Marvel Studios, which hints that the company could launch an Avengers: Infinity War themed OnePlus 6 smartphone in the country. As a part of the collab, OnePlus is giving away 6,000 complimentary movie tickets for the upcoming Marvel movie. OnePlus customers in Mumbai, New Delhi, Bangalore, Chennai, Kolkata, Chandigarh, Hyderabad, Kochi, Pune and Ahmedabad will be able to claim the movie tickets at 10 PM on April 26. You can read more about it here.

Alongside the OnePlus 6, the company could also launch a Bluetooth enabled version of its Bullets in-ear headphones, which were spotted on the Bluetooth certification website sporting the model number BT31B and it’s registered to OnePlus. Some previous reports also tip at another variant of the smartphone, with a wooden finish on the rear panel. The phone is expected to launch running on OxygenOS based upon Android Oreo and official forum for the OnePlus 6 is also up.