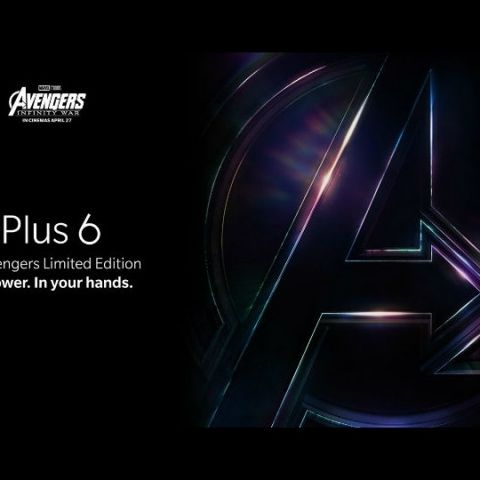 The retail box of the OnePlus 6 Marvel Avengers Limited Edition has been leaked ahead of its launch. The company has confirmed its collaboration with Marvel to launch a special edition smartphone in tribute to Avengers: Infinity Wars that’s been breaking box office records worldwide. The phone will be launching in India on May 17 with the global launch scheduled a day before. The Avengers Edition will be sold exclusively via Amazon India. Thanks to folks at Slashleaks, we now have a good look as to how the box will look like.

The image, sourced by Slashleaks shows that the limited edition OnePlus 6 will come in a large box, much like how the Star Wars Edition of the OnePlus 5T was retailed. The box is dark grey in colour with a glossy Avengers logo etched in the center. The logo seems to have a kevlar-like pattern, as pointed out by Gsmarena, which could indicate the special edition OnePlus 6 will have a kevlar finish. OnePlus is known to offer unique touches to its special edition phones. Last year’s Star Wars edition had a sandstone white finish. 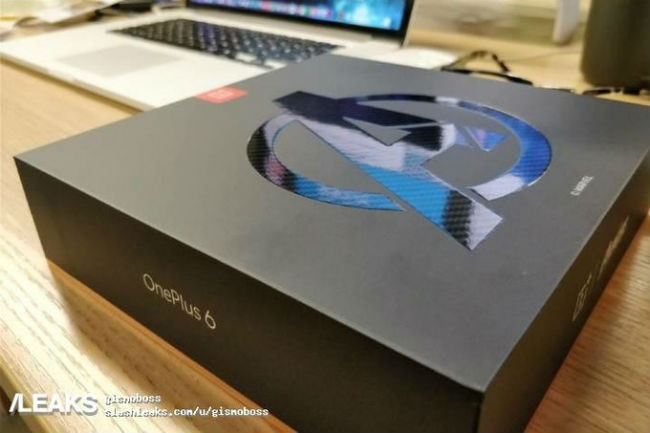 The size of the box indicates there will be more than a smartphone inside. We can expect exclusive Avengers merchandise inside, perhaps a case.

The OnePlus 6 is one of the most anticipated smartphones this year. The company has confirmed the phone will be powered by the top-of-the-line Snapdragon 845 chipset coupled with up to 8GB of RAM and 256GB storage. At the back will be a vertically aligned dual camera module while most of the real estate on the front will be taken up by 6.3-inch display that will reach up to the edges and house a notch in the middle. Apart from that, OnePlus has hinted the phone will come with a glass back and will support wireless charging.

The OnePlus 6 Marvel Avengers Limited Edition is expected to be made available in limited quantities alongside the regular variants of the OnePlus 6 by the end of this month. As per recent leaks, the smartphone might be priced higher than its predecessor, starting from Rs 36,999.