The OnePlus 5T is expected to be OnePlus' first smartphone with a new bezel-less design and 18:9 aspect ratio display. There is no word on hardware specifications or official launch date just yet. 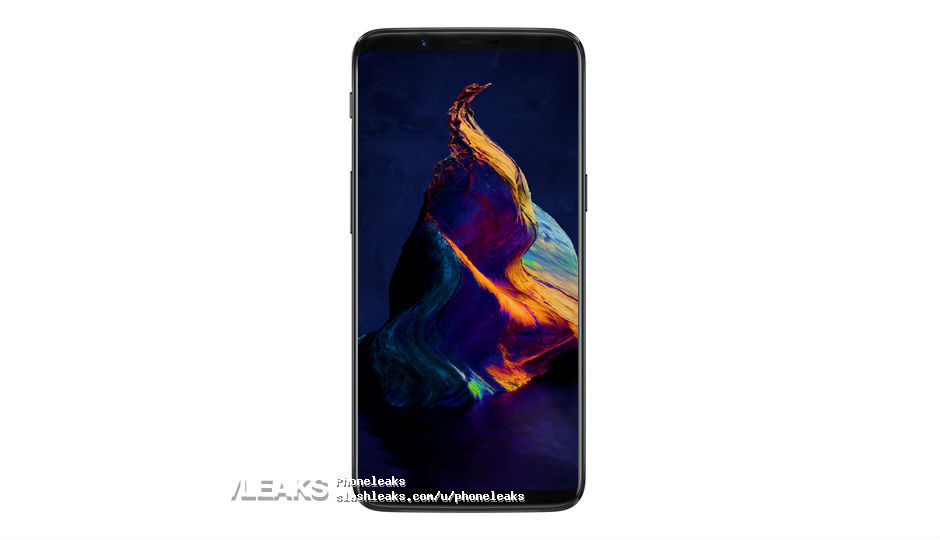 OnePlus is reportedly planning to launch an updated flagship smartphone called the OnePlus 5T next month. The smartphone is expected to be the company's first device adopting the a design language with thinner bezels, 18:9 aspect ratio display and higher screen to body ratio. The design leaked in the form of render earlier this week and now another render has made its way to the internet.

Slashleaks has posted a new render of the upcoming OnePlus 5T depicting its new display design, which seems like a photoshopped version of the existing OnePlus 5. This new render showing the front of the device also aligns with previous leaks suggesting that the OnePlus 5 will mimic the design of the Samsung Galaxy S8 series. While the leak confirms the existence of the OnePlus 5T, the render must be taken with a grain of salt.

Earlier reports suggested that OnePlus abandoned its plans to launch the updated OnePlus 5T and is instead concentrating on its 2018 flagship likely to be called the OnePlus 6. The smartphone is expected to sport a 6-inch Full HD+ display with a resolution of 2160 x 1080 pixels. OnePlus might take advantage of its sister brand Vivo, which has already announced smartphones sporting this new design in India and its home market. The first render leaked early this week was termed similar to that of the upcoming Oppo F5 with bezel-less design.

Since Qualcomm is not updating its Snapdragon 835 chipset this year, the OnePlus 5T is expected to use the same chipset. The smartphone should come with option for up to 8GB RAM and 128GB storage. While design will be the biggest talking point here, OnePlus might also offer upgrades in the camera and battery department. There is no word on hardware specifications or official launch date just yet, but OnePlus, which already leads in the premium segment would be positioning this as a device to compete against Mi Mix and other devices.