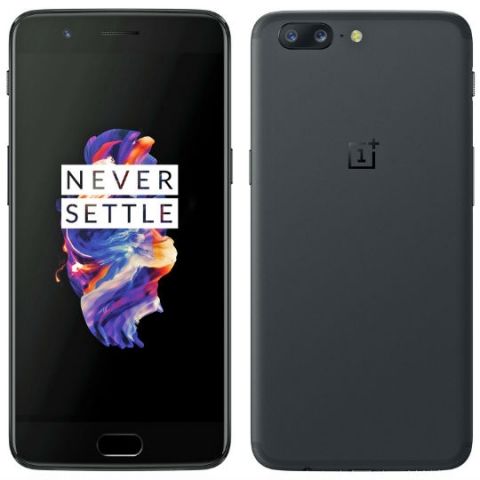 OnePlus 5 is now official. After a long period of hype, followed by multiple rumours, the Chinese company has taken the wraps off of its 2017 flagship smartphone. The handset was announced at an event in New York last evening and will become available globally starting June 27. OnePlus 5 will be officially announced at an event in Mumbai tomorrow and will be available exclusively on Amazon India starting 4.30PM IST.

As expected, OnePlus 5 is a powerhouse in terms of its hardware specifications, but the company claims it concentrated on delivering an improved camera experience. The OnePlus 5 features a 5.5-inch 1080p AMOLED display and is powered by Qualcomm's latest Snapdragon 835 chipset. It comes in two storage options: 6GB RAM, 64GB storage variant priced at $479 and 8GB RAM, 128GB storage variant priced at $539. The smartphone is rumoured to launch in India at Rs 32,999 and Rs 37,999 for the 6GB RAM and 8GB RAM variants respectively.

In comparison with its predecessor OnePlus 3T, the new OnePlus 5 seems like an incremental upgrade with a design similar to that of Oppo R11 and iPhone 7 Plus. OnePlus claims that OnePlus 5 has become its fastest selling smartphone (strong pre-orders), indicating the demand for its latest flagship. The reviews of the OnePlus 5 are already in and the general impression is that the smartphone scores on performance and battery life, but its camera has failed to impress critics. While our review of the OnePlus 5 will be up once the smartphone becomes available in India, here's what other global reviews had to say.

In his review for The Verge, Vlad Savov writes that the OnePlus 5 may lack originality, but it gets ergonomics right and falls in line with traditional smartphones. Savov appreciates the design and performance, but he didn't find the camera impressive in comparison with other flagships. "On paper and in OnePlus' marketing materials, this dual camera is the OnePlus 5’s, big differentiator. In reality, it’s a major letdown," writes Savov.

The Wired notes that OnePlus 5 offers class-leading specifications and will please power users. David Pierce writes for Wired said that, "OnePlus has finally made a great-looking phone but the photos are unimpressive even with updated hardware."

While The Verge and Wired's reviews are a mixed bag, Engadget's Chris Velazco found that the OnePlus 5 offers excellent performance and a solid battery life for an attractive price, but its design is generic and dash charging is a closed technology. Talking about the camera, he writes, "While I'd still give the photographic crown to Google's Pixel, OnePlus should be proud of its work. It's not perfect, but the dual camera here is well executed and raises the bar for a company that has struggled to get photography right."

OnePlus 5 scores high on performance and battery life and its near-stock Android experience has been widely appreciated by most critics. However, its USP - the dual camera system - has failed to live up to the hype and the smartphone itself is getting expensive with every passing year.