OnePlus 5 India launch: Price, specifications and everything else to know

OnePlus 5 comes in midnight black and slate grey colour option and its biggest selling point is the new dual camera setup. The handset is expected to be priced between Rs 32,000 and Rs 38,000 for the two storage options 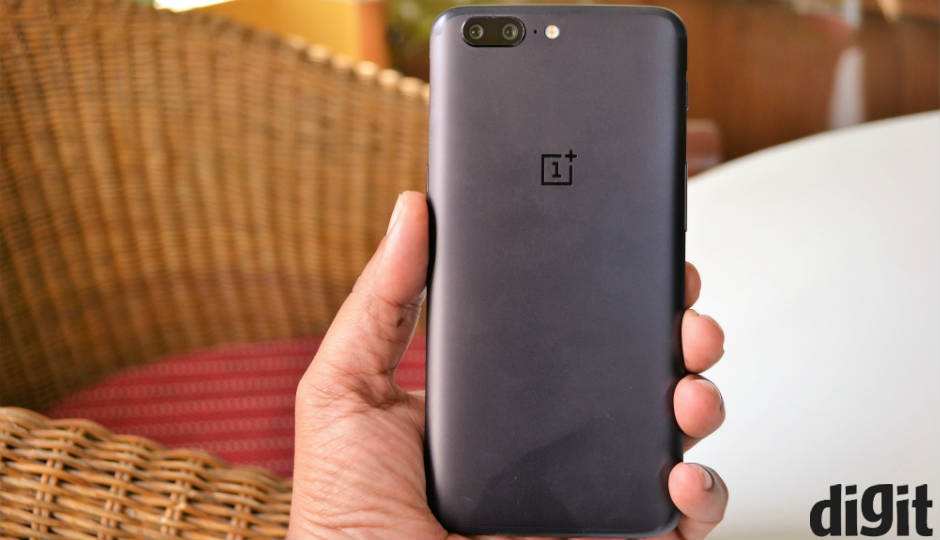 OnePlus 5 India launch: Price, specifications and everything else to know

OnePlus 5, the latest flagship smartphone from the Chinese hardware startup will be launched in India today. The handset will be officially announced at an event in Mumbai, which is scheduled to start at 2:00pm. The launch event will live-streamed via company's YouTube channel here and the first sale of the handset will be held at 4.30PM, exclusively on Amazon India.

OnePlus 5 was officially announced for the global markets on Tuesday and its co-founder claims that the handset has become company's fastest selling device ever. The handset is available via pop-up stores in select markets and will be widely available starting June 27. In India, the launch event will be followed by pop-up events in New Delhi, Mumbai, Chennai and Bengaluru, where consumers can purchase the smartphone offline. OnePlus is counting on performance and improved camera hardware for the success of its latest flagship, but early reviews suggest that critics are not impressed by smartphone's camera prowess.

Design and Display: OnePlus 5 continues to use the unibody aluminium design like the OnePlus 3T, but is thinner that its predecessor. OnePlus 5 is 7.3mm thick and weighs around 153 grams. The smartphone is available in Midnight Black and Slate Grey colour options.

In terms of design, the biggest difference comes in the form of dual-rear camera setup. The handset looks similar to Apple's iPhone 7 Plus and the Oppo R11. At the front is a 5.5-inch 1080p optic AMOLED display supporting sRGB and DCI-P3 colour standards. The display is protected by 2.5D curved Corning Gorilla Glass 5, and an oleophobic coating. 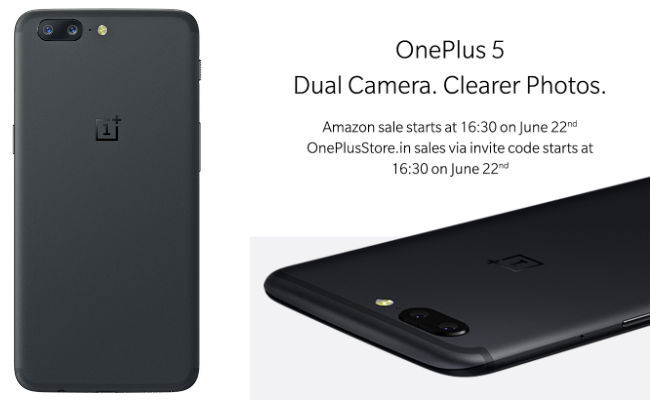 Specifications: OnePlus 5 is powered by Qualcomm's Snapdragon 835 chipset coupled with Adreno 540 GPU. The handset comes with two different storage options. A 6GB RAM variant with 64GB storage, and an 8GB RAM variant with 128GB storage. While the device packs the latest hardware specifications, a report by XDA Developers suggests that it may be cheating on key benchmarks tests.

The dual-rear camera setup comprises of a combination of a 16MP wide-angle lens with an aperture of f/1.7 and a 20MP telephoto lens with an aperture of f/2.6. The telephoto lens is capable of 1.6x optical zoom, and supports 2x lossless zoom using smart capture multi-frame technology. The rear camera also offers features like portrait mode and 4K video recording with electronic image stabilisation. There is also a 16MP front camera with EIS at the front for selfies and video conferencing. In terms of connectivity, OnePlus 5 supports WiFi 802.11ac, Bluetooth 5.0, NFC, GPS and USB Type-C port. The handset is backed by a 3300mAh battery and uses the company's proprietary Dash Charge technology for fast charging. It runs OxygenOS based on Android 7.1.1 Nougat, with additional modes like Reading Mode, Gaming DND mode and secure box.