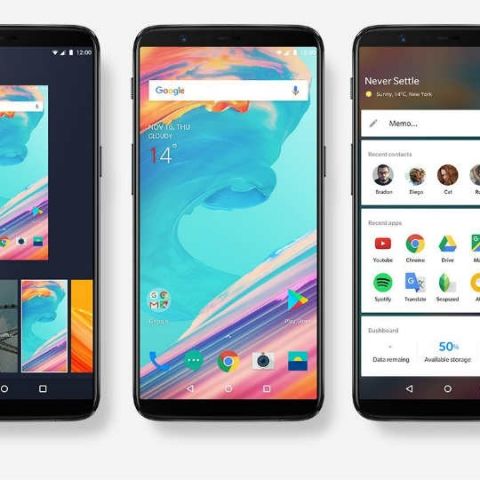 The new update brings with it added sleep stability optimisation, updated security, but no Project Treble.

If you were looking forward to getting Project Treble on your OnePlus 5 and 5T, then you may have to wait a little longer. Even though there is a beta available, the final update for Project Treble hasn’t started rolling out to OnePlus 5and 5T users. The new update, which is the Oxygen OS update 5.1.4 brings with it a slew of features and fixes. These include the Android security patch 2018.7, the addition of sleep standby optimization, improved photo clarity, group messaging, and general bug fixes.

You can check for the update by going into the system settings of your OnePlus 5 and 5T and then checking for updates. Even though a beta build of Project Tango has been available for the OnePlus 5 and 5T, it isn’t a part of this update.

Back in July, OnePlus announced the OxygenOS Open Beta version 13 and 11, for the OnePlus 5 and 5T respectively. A highlight of the Open Beta was that it brings Project Treble support to the devices.

Google announced Project Treble just ahead of Android Oreo announcement last year. It is a faster method of delivering software updates to a device by separating the system partition from the vendor partition. This is done by keeping vendor (OEM) code separate from the core Android framework, thereby allowing the Android version to be updated without affecting the vendor partition.

OnePlus had previously said that it can’t push Project Treble to the OnePlus 5/5T and the OnePlus 3/3T as they were developed and launched with Android Nougat, which doesn’t require any system partitioning.  The partitioning can be accomplished via an OTA update, however OnePlus cited a risk of incurring data loss and did not choose the OTA method. But it seems like OnePlus has heard their users' petition, and is now working on pushing Project Treble to the OnePlus 5/5T. There is no confirmation whether the same will be done for the OnePlus 3/3T.