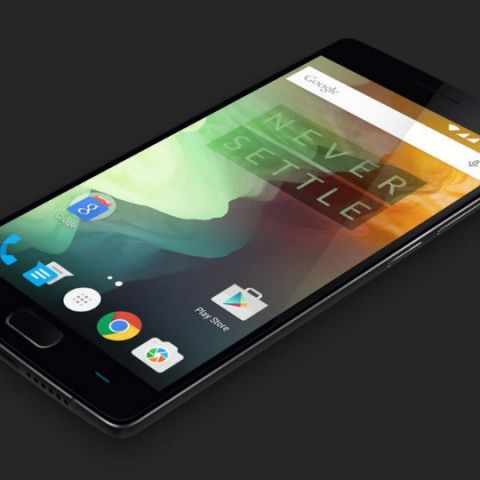 OnePlus has launched the OnePlus 2 today, in India and some other countries. The phone was launched earlier today, in VR, and the company has priced it quite competitively at Rs. 24,999 for the 64GB model. A 16GB variant of OnePlus 2 will also be available, the prices of which are yet to be announced.

The phone features a Qualcomm Snapdragon 810 SoC v2.1 and its octa-core CPU which is clocked at 1.8GHz and features a Adreno 430GPU. Like the SoC most of the specs were already revealed by OnePlus themselves like the 4GB LPDDR4 RAM, fingerprint sensor and a USB type-C port for data transfer and charging. 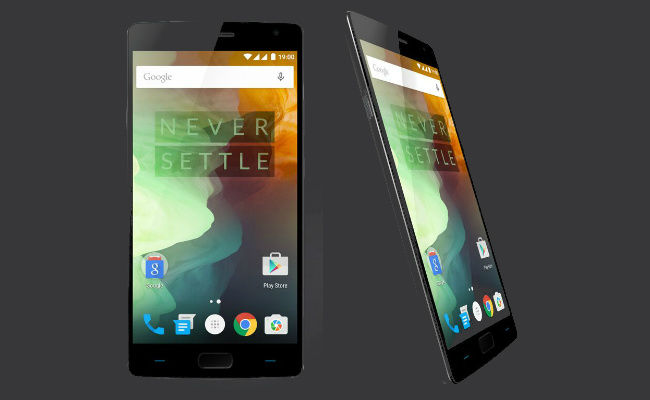 However, most of the leaked specs are now made official with the launch. For example, The phone still carries a 5.5-inch 1080p display. The dimensions of the new phone are more or less the same  as its predecessor. However, the new phone is almost a centimeter thick. The 13MP camera on the back is now improved and comes equipped with laser autofocus and OIS (optical image stabilization). The front-facing camera is still a 5MP one, but gets a wide angled lens. The rear camera is capable of shooting 4K videos as the 4K capabilities are now part of the Oxygen OS’ camera app. Talking about the OS, OxygenOS is present here in its second iteration and looks and feels stock for the most part.

Less talked features like the Alert slider have also made it to the phone, which gives quick access to custom notification settings. It is somewhat similar to the silence toggle Apple uses on its iPhones but with more functionality. As for the fingerprint sensor, unlike Samsung and Apple iPhone, it is not a clickable button but a sensor only, and the on-screen and off-screen toggle functionality of navigation button is still available. The 3300mAh battery is sealed in, but the back is now removable. The phone also features dual-SIM slots and can take upto two nano SIMs with 4G capabilities. 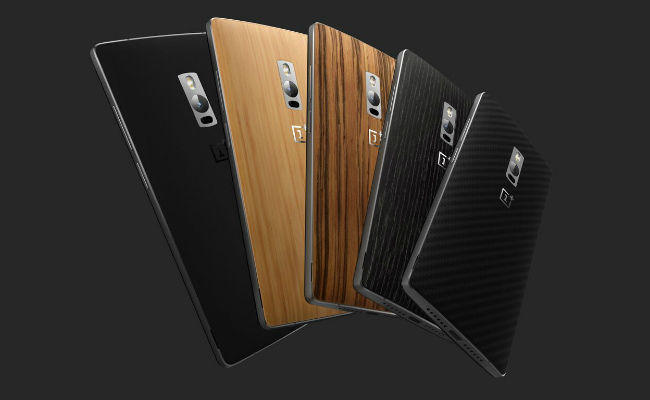 OnePlus, a global technology startup, today announced its latest flagship product, the much anticipated OnePlus 2. Following the global success of last year’s OnePlus One, the latest offering reaffirms OnePlus’ commitment to the highest level of craftsmanship in the industry today. The OnePlus 2 boasts top of the line specs, one of the best cameras on the market, beautiful design and the adoption of state of the art technology.

“From day one, we’ve prioritized our product and our community above all else - we carefully listened to our users’ feedback and incorporated suggestions in building the OnePlus 2,” said OnePlus Founder and CEO, Pete Lau. “We chose premium materials, the highest performing components and forward-thinking technology to make this an unparalleled user experience.”

The 64-bit Qualcomm® Snapdragon™ 810 SoC is the fastest processor on the market. With up to 64GB of storage and eMMC 5.0 flash memory, the OnePlus 2 is lightning quick. Paired with up to 4GB of LPDDR4 RAM, the OnePlus 2 powers all your apps, games and videos.

The OnePlus 2 camera has been engineered for improved clarity and stability, accomplished with the addition of an advanced Optical Image Stabilization system. Rear mounted laser technology sharpens and focuses the camera in just .33 milliseconds and the wide-angle 5 megapixel front-facing camera ensures every angle is covered. Read: OnePlus 2 camera samples

Carefully Crafted
The OnePlus 2 is a continuation of the smooth curves and clean lines that defined the OnePlus One. A striking yet subtle floating display and metal chamfered edges add elegance and solidity to the outer frame, also making the OnePlus 2 easy to hold and comfortable in the hand.

In addition to OnePlus’ signature Sandstone Black, consumers now have access to a range of covers including actual wood built Bamboo, Black Apricot, Rosewood and even Kevlar.

Ahead of the Curve
Equipped with a USB Type-C charging port, OnePlus is paving the way for the adoption of USB Type-C technology, the latest in charging and data transfer. Taking it one step further, the OnePlus charging cable uses patented technology making the Type-A side reversible as well.

The OnePlus 2 is equipped with a fingerprint scanner, adding premium security and convenience. Users can now wake and unlock the device with one of five stored fingerprints in less than half a second. Additionally, the OnePlus 2 features an alert slider for quick access to custom notification settings. Unprecedented on an Android device, the alert slider can silence the device with a simple click.

Innovative operating system – OxygenOS
The OnePlus 2 is the first device in the world to ship with OnePlus’ own operating system, OxygenOS. “With the OnePlus 2, we're making a bet on the future, and doubling down on a holistic product experience,” said OnePlus Co-founder, Carl Pei. “We're excited for what our fans have to say.”

OxygenOS, based on Android 5.1, is a refreshing take on the pure Android experience. Subtle customizations like on screen gestures, dark mode, the ability to switch between hardware and capacitive buttons and toggle quick settings are baked in throughout the OS. Loaded with custom apps including Camera, Audio Tuner and File Manager, OxygenOS delivers a light, secure take on Android.

“The future battleground for all things innovation and technology has begun and OnePlus with its latest offering is all set to lead the next generation of smartphones. India is an important market for us and our fans are sure to get their hands on OnePlus 2 simultaneously with the rest of the world,” said Vikas Agarwal, General Manager - India, OnePlus.