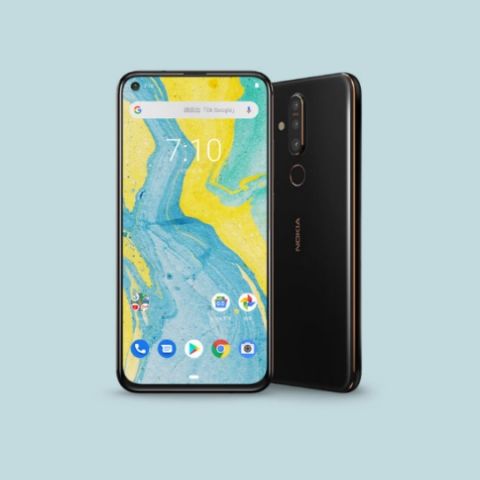 The Nokia X71 features a triple rear camera setup with a 48MP main camera, an 8MP wide-angle sensor and a 5MP depth sensor.

After multiple reports and rumours about a new Nokia smartphone, the Nokia X71 has finally been announced in an event, in Taiwan. The Nokia X71 is the company’s first handset to come equipped with a punch-hole display and a triple rear-camera setup. It is also the first X-series Nokia handset to launch outside China and is expected to debut as the Nokia 8.1 Plus in other regions. It is a mid-range handset that features a 19.3: 9 Full HD+ display and a breathing notification light integrated into the power button, similar to what we have seen on the Nokia 3.2 and the Nokia 4.2 mid-range smartphones.

The Nokia X71 features a 6.39-inch Full HD+ PureDisplay that has a 19.3:9 display aspect ratio. The front camera is housed inside a punch-hole, which is placed at the top-left edge of the display. Powered by the Snapdragon 660 SoC, the phone has been announced in one variant with 6GB RAM and 128GB of internal storage, which can be expanded up to 256GB via a microSD card. Additional variants of the phone might be announced when it is announced in other countries. The handset runs on Android 9 Pie and is backed by a 3500mAh battery that supports 18W quick charge.

Coming to the optics, the Nokia X71 sports a triple rear camera setup. It features Zeiss branded optics and a 48MP main camera sensor, an 8MP wide-angle sensor and a 5MP depth sensing unit. On the front is a 16MP sensor with an f/2.0 aperture lens. It sports a rear-mounted fingerprint sensor and sports a USB Type-C connector.

The Nokia X71 carries a price tag of TWD 11,900 (Rs 26,500 approx) and will go on sale in Taiwan starting April 30. There is no information on when, or whether, the handset will be made available in India and what it could be priced at. However, if it is launched here, it’s expected to cost slightly lower in the country.