Follow Us
HIGHLIGHTS
Nokia X6 leaked ahead of April 27 announcement

HMD Global just got done announcing four new Nokia smartphones, the Nokia 1, Nokia 6 (2018), Nokia 7 Plus and the Nokia 8 Sirocco. The dust has barely settled on the news of these smartphones and we’re starting to hear rumours of more upcoming Nokia devices. This time, the device in question is allegedly named the Nokia X6, one of the two smartphones that will comprise Nokia’s yet-to-be-announced X series. According to a post on Weibo, Nokia will release the X6, which, if the post is to be believed, will be nothing like the original Nokia X6 music player phone that the company released in 2009.

According to the leak, the Nokia X6 will come in two variants based on the choice of processor; the Snapdragon 636 and MediaTek Helio P60. The leak further says that based on the processors, there will also be 4GB RAM/32GB storage and 6GB RAM/64GB storage variants. The phone is also alleged to sport dual 12-megapixel cameras accompanied by Zeiss lenses. What is, however, a little surprising is that the Nokia X6 will sport a 19:9 aspect ratio FHD+ display with a notch. The front of the leaked image shows a display that looks like the Samsung Galaxy S9’s curved display at the bottom, but with Nokia branding in a thin chin, while the back seems to be identical to the Nokia 7 Plus.

For quite some time, rumours suggested that Nokia X was going to be a flagship device, however, the CCC certification filing in China revealed a 10Watt charger to be bundled with the phone. The model numbers in the listing are TA-1099 and TA-1109 and seem to be China-specific devices, but with a 5V/2A charger, there is no way this goes into the box containing a flagship device. 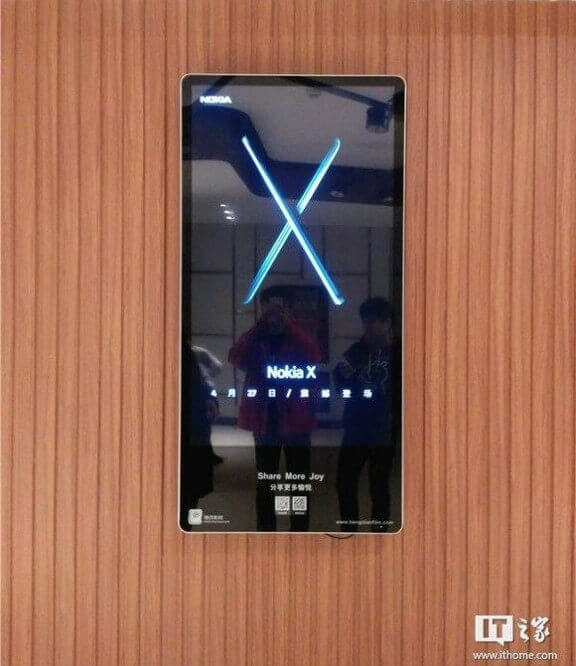 Posters have already revealed that Nokia X will be announced on April 27, but besides the CCC certification which shows two devices, very little is known about the upcoming X series. Thankfully, April 27 is not too far.