Nokia X6 could launch globally as the Nokia 6.1 Plus on July 19

Follow Us
HIGHLIGHTS
Nokia X6 could launch globally as the Nokia 6.1 Plus on July 19

The Nokia X6 was launched in China earlier this year and it would appear that HMD Global is ready to take the smartphone global. The Nokia X6 will allegedly make its world-debut in Hong Kong on July 19. The report comes from Mobile Magazine, a Hong-Kong based tech portal and says the phone will be branded as Nokia 6.1 Plus in Hong Kong.

When the Nokia X6 was launched in China, it was reported that the units were all sold out in under 10 seconds. This is very similar to how the original Nokia 6 was received in China. The success and pace at which the phone had flown off the shelf prompted Nokia to take the Nokia 6 global, a trend they have little reason not to follow with the Nokia X6. 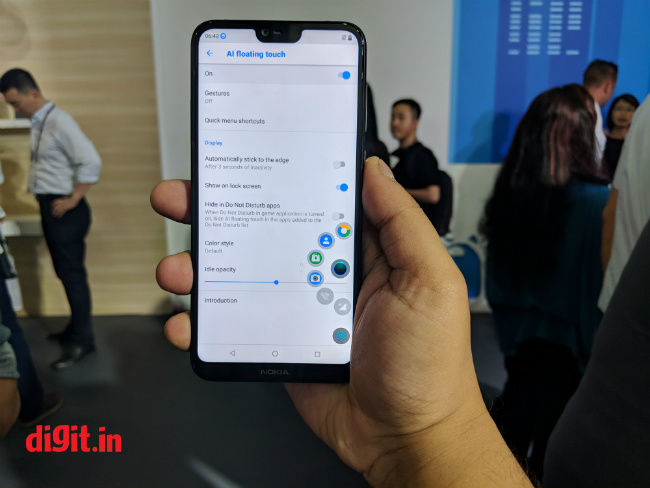 According to the new report, the Nokia X6 will launch as the Nokia 6.1 Plus in Hong-Kong and could carry the same name for the rest of the world. It will, of course, be a part of the Android One program, meaning that it will not only run stock Android but also get security updates as soon as Google releases them. In terms of the specs, nothing really changed. If the Nokia X6 was to be released as the Nokia 6.1 Plus for the global markets, it would be powered by the Qualcomm Snapdragon 636 chipset along with 4GB or 6GB RAM. It has two storage variants; 64GB which comes with 4 or 6 GB of RAM and the 32GB storage variant which is only available with 4GB RAM. The Nokia X6 also sports the taller 18:9 display with an FHD+ resolution (1080x2280), pegging the LCD-IPS display’s pixel density at roughly 435 ppi. The display and the back are protected by Gorilla Glass 3 sandwiched between an aluminium frame. The Nokia X6 also comes with a dual camera setup on the back, with a 16-megapixel RGB sensor with a f/2.0 lens and a secondary 5 MP sensor with a f/2.2 lens for depth information. The front-facing camera has a 16-megapixel resolution with a f/2.0 lens. There is no optical image stabilization, but the primary 16MP camera does have gyro-based EIS. Finally, the phone is powered by a 3060 mAh battery that is charged through the USB Type-C connector operating at USB 2.0 speeds.

With multiple leaks, reports and appearance on certification websites, it seems like the Nokia X6 might finally be going global after all.