Nokia X6 could launch in India in August or September, claims report

HMD Global is expected to first bring the Nokia X6 as Nokia 6.1 Plus to Taiwan on July 19, and then may launch it in Moscow because the phone has already got necessary certification from Russian authorities. 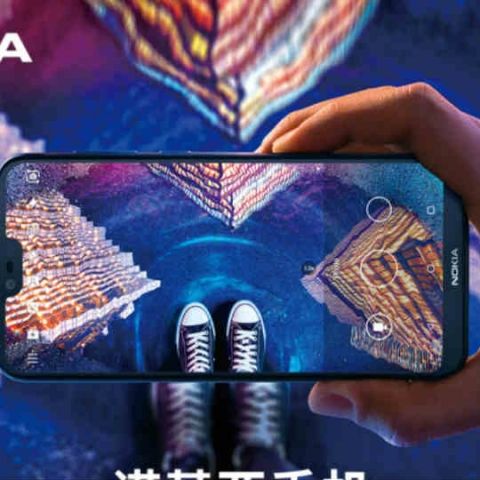 Amid the confusing circumstances of the Nokia X5 (aka Nokia 5.1 Plus) launch in China, a report has claimed that the Nokia X6, which was launched earlier this year in China, is expected to come to India in August or September. It has already been reported that HMD Global, the company that holds the rights to the Nokia brand, may take the Nokia X6 global. The first market that could get this phone is Taiwan with a launch scheduled on July 19. The company will release the phone in other markets in a phased manner.

“Our retail sources tell us that Nokia X6 is indeed heading to India but the launch and release dates haven’t been finalized so far. But what they hear is that it will not arrive before the August month in Indian market. We have been also tipped about Nokia 6.1 Plus expected release date in Malaysia and the tip claims a launch in August for the Malaysian market,” the report on nokiapoweruser.com said.

The report also claimed that Russia will definitely get the Nokia X6 bearing Nokia 6.1 Plus name because it was spotted on Russian websites. HMD Global Chief Product Officer Juho Sarvikas ran a poll on Twitter asking people whether they want to see the phone in other markets than China or not. People’s response was overwhelmingly in favour of ‘yes’ and the executive later promised that HMD Global will bring the smartphone to other markets in the coming months.

As far as Nokia X6 specs are concerned, the phone sports a 5.8-inch Full HD+ display with notch and 19:9 aspect ratio. The display is protected by Gorilla Glass 3. In the camera department, the phone has a dual-camera system with 16MP and 5MP lenses by Zeiss optics on the back. The front shooter has a 16MP sensor and both the cameras have f/2.0 aperture lens and 1-micron pixels. Under the hood is an Octa-core Qualcomm Snapdragon 636 chipset coupled with 4GB of RAM and 64GB of storage, which can expanded up to 256GB via a microSD card. The UI is based on Android Oreo 8.1 and there is a 3,060mAh battery with fast charging support to power the smartphone.