Nokia made the announcement on Weibo. Reports claim that either a problem with the venue or bad weather could be the reason for the cancellation. 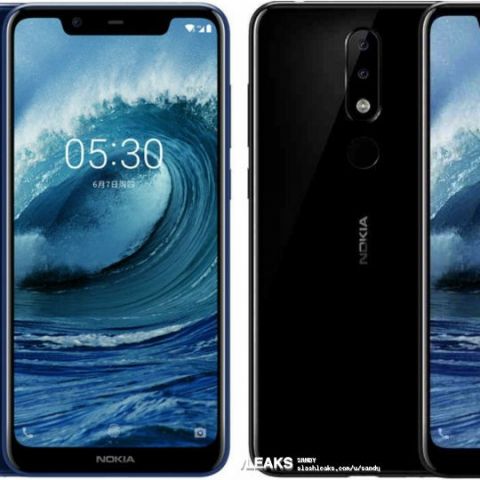 HMD Global was supposed to launch a Nokia ‘X series’ smartphone, reportedly the Nokia X5 (Nokia 5.1 Plus), on July 11 in China but the company cancelled the event at the last moment for reasons unknown. While some reports claim that there was an issue with the venue, others attributed the bad weather as the reason for the cancellation of the event. Nokia announced the development on its official Weibo account and is yet to give information on when the new X-series phone will be unveiled.

Earlier this week, Nokia had confirmed a product launch and taking into consideration the recent rumours and reports, the company was speculated to launch the Nokia X5, which is likely to be called 5.1 Plus globally. Just ahead of its launch on July 11, a few phone renders were leaked showing a device with a wide notch and thin bezels on the side, along with a chin with the Nokia branding. There is a glass back panel with a dual-camera setup, an LED flash and a fingerprint scanner. The leaks claimed that MediaTek Helio P60 will power this ‘X-series’ smartphone.

In May, HMD Global launched Nokia X6 (First Impressions), the company’s first smartphone with a notch, in China. It has vertically aligned dual-cameras with an f/2.0 aperture lens at the back and a 16MP sensor on the front. As far as specifications are concerned, the Nokia X6 is powered by an octa-core Snapdragon 636 SoC and comes in three variants: 4GB RAM model with 32GB/64GB ROM, and a 6GB variant with 64GB on-board memory. It has a 5.8-inch Full HD+ display protected with Gorilla Glass 3 and runs on Android 8.1 Oreo. It features a rear-mounted fingerprint scanner and a 3,060mAh battery with support for Quick Charge 3.0 technology.