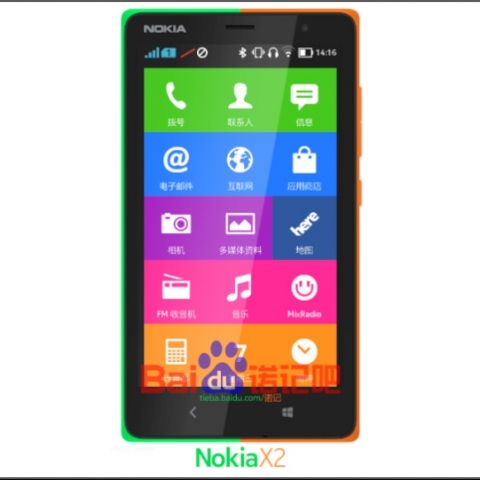 A fresh wave of rumors has been started by a post on Secret which hints that the upcoming Nokia X2 might feature dual boot Windows Phone and Android with Google Play services.

While Nokia seems to be ready to come out with its X2 after it was leaked a benchmark recently, a rumor on the Secret app has stirred a new debate regarding the smartphone. A post on the app which gives its users anonymity claims that "the Nokia X2 is going to dual boot Windows Phone & Android." The post also says that the Android version on the X2 will support Google Play Services which is very unlikely as such a move goes against Microsoft's business plan.

While this rumor is most probably a hoax as the Nokia X line of phones features a forked Android version that has been built to be independent of any Google's services, we know that the Nokia X2 is most likely going to feature 4GB of internal storage which will make it almost impossible to incorporate both operating systems. Such a phone would not leave any storage space usable to the user.

Despite sounding hard to believe, the idea does indeed seem interesting as the rest of the specs that have been leaked do point that Nokia X2 will indeed be able to run both the systems without any hiccups. According to some benchmarks on AnTuTu, Nokia X2 will come with a 1.2GHz dual-core Snapdragon 200 processor, Adreno 305 GPU, 1GB of RAM, 4.3-inch WVGA screen and a 5MP camera. The only thing that do add a small sense of credibility to this rumor is that the secret post has been shared by Michael Faro-Tusino who is a senior editor at Unleashthephones and MyNokiaBlog.

The Secret app was recently launched for Android which lets users post their thoughts without getting their identity revealed.