Nokia X may launch on May 16, N Series reported to return too 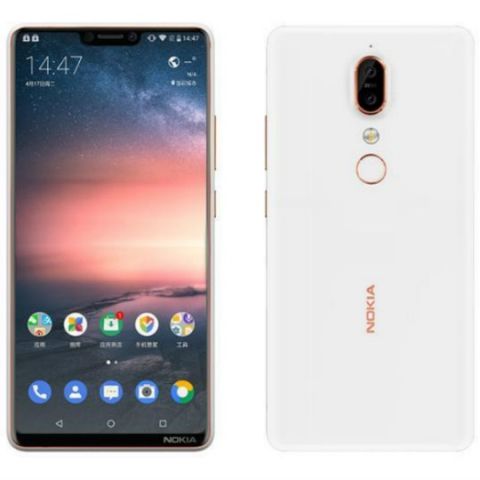 HMD Global was reported to have been set to launch a new smartphone, dubbed the Nokia X6, on April 27. Now, the company is rumoured to be gearing up to launch the same smartphone in China about two weeks from now, but under the name Nokia X. The company's 'Nokia Mobile' page on Weibo has posted a new update that seemingly confirms the launch of a new smartphone called Nokia X. Alongside, a new, separate development points at the return of the Nokia N series, with the company's update on Weibo suggesting the same.

A photo of the rumoured Nokia X has also been posted online, showing a smartphone with edge-to-edge display and a notch towards the top of the display, in line with how most smartphones are presented as. The design is very similar to Apple's iPhone X and the multiple other notch-bearing edge-to-edge display-bearing smartphones, but has a wider section to the bottom bearing the Nokia logo. Rumoured specifications of the device point at a 5.8-inch, Full HD+ display bearing 19:9 aspect ratio and 1080x2280-pixel display resolution. It is expected to run Android One v8.1 (Oreo), along with options for 4GB and 6GB of memory, and 64GB and 128GB of storage. The phone may be powered by either the Qualcomm Snapdragon 636 or the MediaTek Helio P60. The upper-mid range smartphone may be placed at a premium market position, with a 12-megapixel dual-camera setup to the rear along with Carl Zeiss lenses.

While we already have a lot of crucial information about the upcoming Nokia X (or X6), the newer update about a possible Nokia N Series return has fewer details on ground. The first-ever Nokia N Series smartphone was launched first on April 27, 2005, and HMD Global marked its 13th anniversary by stating that it may introduce a modern edition of the N Series devices. HMD Global is known to focus on nostalgia, already having reintroduced the Nokia 3310 feature phone, and the Sirocco brand from Nokia's glory days. No further details have been revealed yet, but Nokia has teased a photo of the old Nokia N8, hinting that it may be a new rendition of the older smartphone.