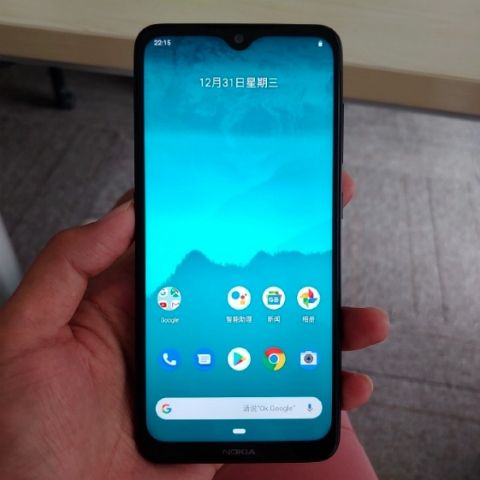 The device sports at least two cameras on the back and a single shooter in a waterdrop notch.

It will be powered by a Qualcomm Snapdragon processor.

Nokia is working on a phone that will feature a rear dual camera setup with a 48MP primary sensor, photos leaked on the internet suggest. The photos were leaked by a user on Weibo (via XDADevelopers), and they show the phone in full glory. The device in the images reportedly has an internal codename “daredevil”. If launched, this could be HMD Global’s second Nokia phone to sport a 48MP sensor after X71, which is said to be rebranded as the Nokia 6.2 in the international markets.

The images show the phone with a display sporting thick bezels, and a considerable chin with Nokia branding. Looka like Nokia decided to skip the punch-hole or pop-up selfie camera gimmick in favour of a waterdrop notch. The phone has a USB Type-C port on the bottom. A dedicated AI button rests on the left edge. Apparently, there is a 3.5mm jack on the top edge as a cutout for the same can be spotted in the case. On the back, the phone has at least three sensors, with the third one speculated to be a ToF sensor for capturing depth information. The setup is completed by an LED flash. The phone has a glass back and sports a rear fingerprint sensor. 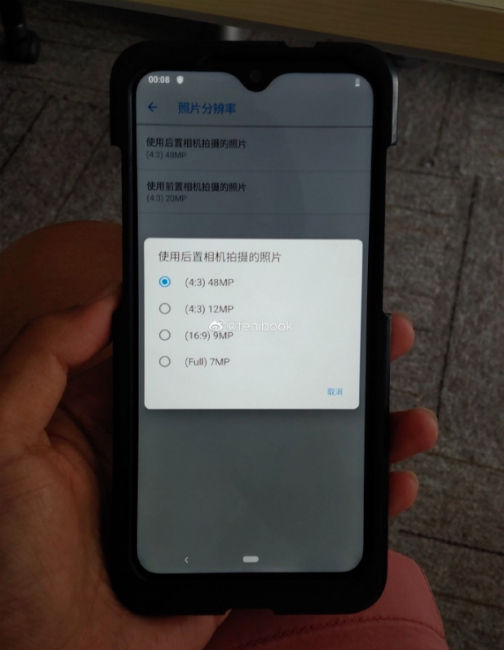 In the images, we can also see the confirmation about the camera resolution, however, there is no info on the maker of the sensor. The camera UI also shows a toggle for wide-angle, indicating that the second camera is a wide-angle lens. The device is sais to be powered by a Qualcomm Snapdragon processor and will run Android Pie out-of-the-box. There is neither any information on the resolution of the secondary camera on the back nor the one on the front. The size and type of the display is also unknown. Generally, Nokia releases its phones under Google’s Android One programme but the same cannot be confirmed in case of this device. 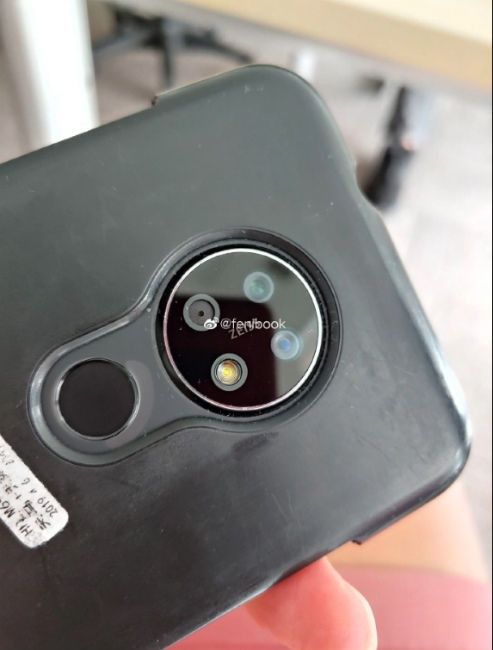