Nokia has officially showcased the Lumia 925 and 928 smartphones. 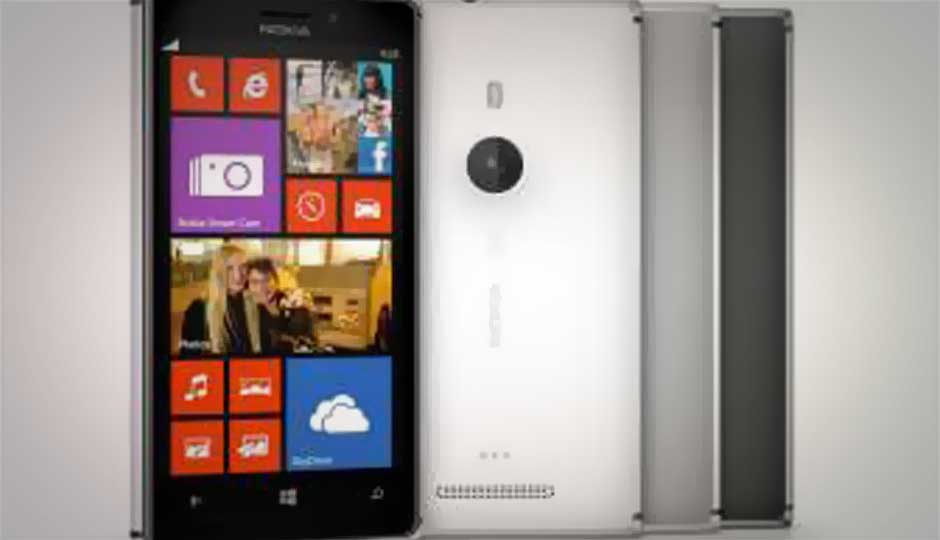 Nokia has finally lifted the curtain from its long speculated flagship smartphone. Called the Lumia 925, the smartphone runs on the Windows Phone 8 OS just like the other recently launched Lumia devices. The Lumia 925 will be available as early as next month and will be priced at ₤400 before tax, which translates to roughly Rs. 33,500 plus taxes. The device will launch in UK, Germany, Italy, Spain, and China starting June. The Lumia 928 has some minor specification differences and is a Verizon-specific smartphone.

The rear of the smartphone houses the 8.7MP camera with Optical Image Stabilization and the front has a 1.2MP camera. The camera is said to be better than the one found on the Lumia 920 and that is something we shall believe when we put the camera through its paces. The phone also comes with the Smart Camera app giving users access to ample editing features on the go. An impressive element of the camera is that Nokia has added a sixth Lens to the Lumua 925 where as the Lumia 928 (Verizon model) has a 5-element lens. Nokia has once again used a glass physical lens instead of plastic, sticking with Zeiss optics. The Lumia 925 has a dual-LED flash and the 928 has the Xenon flash

Adding to its marketing campaign, Nokia is also signing a partnership with Warner Brothers with relation to the upcoming Superman Man of Steel. Owners of the Lumia 925 will have access to exclusive Superman content.