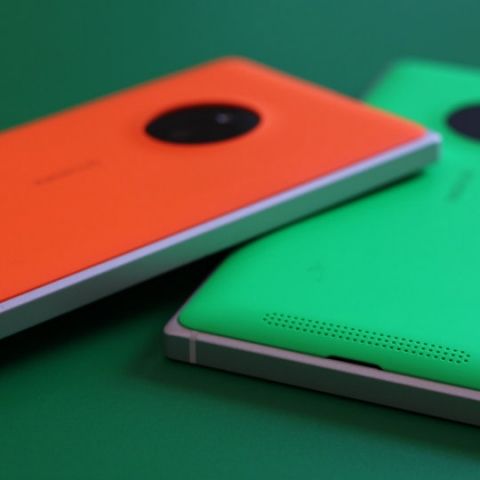 Judging by the specifications, the phone will most likely be a low-to-mid range device

A Nokia smartphone with the model name D1C has been spotted on benchmarking website, Geekbench. As per the listing, the phone is powered by a 1.4GHz Qualcomm Snapdragon 430 octa-core SoC with 3GB of RAM. Further, it is also tipped to come with Android Nougat v7.0 pre-installed. However, not much else about the phone was revealed. Judging by the specifications, it is possible that the Nokia D1C will be a low-to-mid range smartphone.

The phone has been put through Geekbench multiple time, and the highest single-core score was 682, while the highest multi core score was 3229. This is close to the Geekbench scores we got from another Snapdragon 430 powered device that we tested, the Xiaomi Redmi 3S Prime.

A few months ago, details of two new Nokia branded smartphones were leaked online. According to reports, the two devices might have a 5.2-inch and 5.5-inch OLED displays with QHD resolution, and may sport a polycarbonate body. A Snapdragon 820 powered variant is also expected to be launched. To recall, HMD Global has acquired the rights to manufacture Nokia-branded phones for the next 10 years. 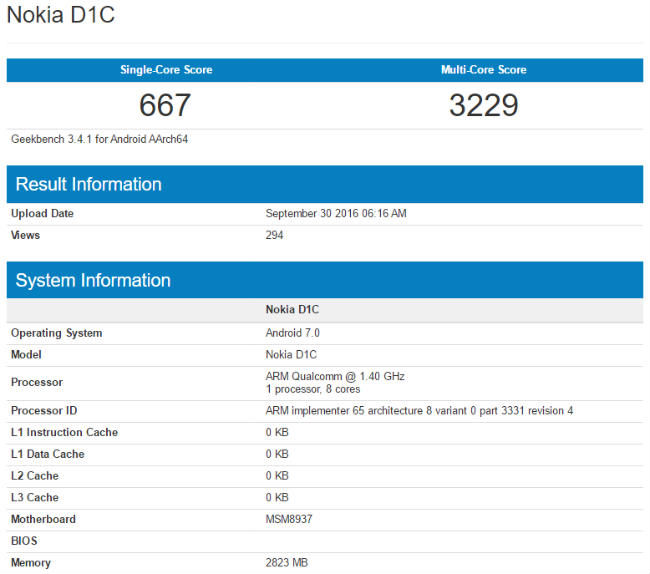