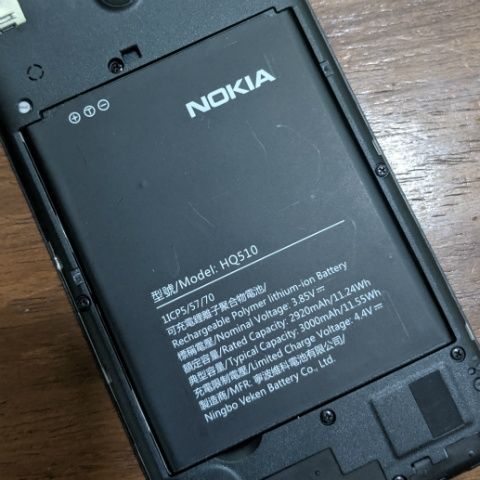 It says the tech won’t increase the thickness of batteries currently available in the market.

At a time when large firms are brainstorming on how to deliver an optimised battery experience on upcoming 5G networks, Nokia has claimed that it has developed a technology that will increase the run-time of the currently available batteries to 2.5 times in the same volume. The announcement was made by researchers at Nokia Bell Labs and AMBER, the SFI Centre for Advanced Materials and BioEngineering Research hosted at Trinity College Dublin.

Smaller batteries have always been a pain point when it comes to a smartphone. Over time, OEMs have found several ways to increase the battery backup of devices. While some increased the battery size, others introduced AI functionalities to optimise the battery usage. As the world transitions to 5G, one of the main concerns is the ability of phones to deliver good power backup when running on 5G networks. 5G networks are supposed to consume more battery than the 4G networks.

“By packing more energy into a smaller space, this new battery technology will have a profound impact on 5G and the entire networked world. The combination of Nokia Bell Labs industry and device knowledge and AMBER's materials science expertise allowed us to tackle a difficult problem involving multiple disciplines. Our results were achieved through the deeply collaborative mode in which we work, underscoring the value of engaging with AMBER as part of our global research strategy,” said Paul King, one of the lead investigators on the project and Member of the Technical Staff, Nokia Bell Labs.

The company says that it has developed a lithium nanotube-aided battery that can deliver 2.5 times the longevity of today’s best alternatives. What’s interesting is that this technology will not increase the battery size. It means that the companies won’t have to compromise the thickness of their upcoming phones due to larger batteries. Simply put, customers will have the same sleek smartphones as they have today but these devices will offer 2.5 times more run time if they use Nokia’s tech.

Nokia Bell Labs, the industrial research arm of Nokia, also outlines an additional benefit to this new technology. It says that the technology has the potential to improve the performance of large-scale energy grids powered by renewable energy. It also cites a study from UK-based chemicals firm Wood Mackenzie, which showed that the energy storage in 100 percent renewable systems will likely be 25 times higher as compared to today’s systems. It adds that a patent has been filed to protect this technology design and help bring it to the marketplace.