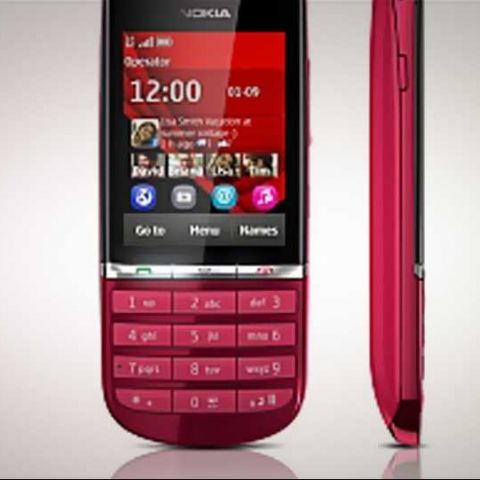 Nokia's S40 operating system-based Asha 300 phone is now available via online stores such as flipkart.com. Priced at Rs. 6,385, the Nokia Asha 300 is a touch and type phone. The phone was introduced along with other Asha phones at the Nokia World 2011 event. Nokia had officially announced the phone for the Indian market last month.

The Nokia Asha 300 features a 2.4 inch QVGA resistive touchscreen with 240 x 360 pixels resolution and a 5MP camera with 4x zoom. The phone is powered by a 1GHz processor. The Asha 300 has an internal storage of 140 MB and is expandable up to 32 GB via microSD, microSDHC cards. For connectivity, the phone supports GPRS, EDGE, 3G and bluetooth. The phone comes with a Li-Ion 1110 mAh battery that is rated to deliver a talk time of up to 6 hours on 2G and 4 hours on 3G.

The Asha 300 comes pre-loaded with Angry Birds Lite game and offers fast access to messaging, e-mail and instant messaging via the wide range of S40-based applications available through Nokia Store. Check out the full specifications of the Nokia Asha 300 here.