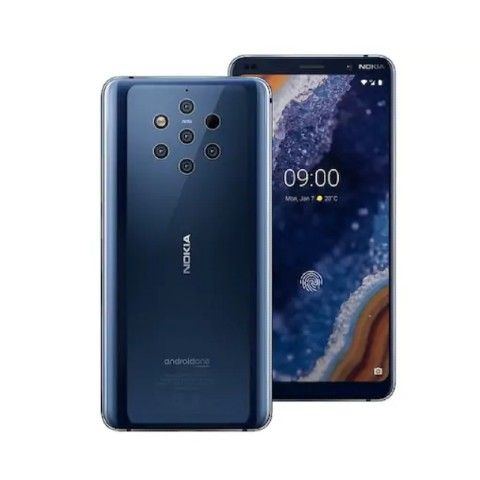 HMD Global has not yet revealed the launch date.

We are expecting it to launch in the coming weeks.

After a long wait, the Nokia 9 Pureview(₹ 44500 at amazon) is finally coming to India. HMD Global took to its official Nokia Mobile India Twitter account to tease the upcoming launch of the penta camera smartphone. However, the tweet did not mention any specific date, leaving it at "coming soon." All we know for now is that the Nokia 9 Pureview is coming to India after about five months of its global launch at the MWC 2019. For the unaware, the 2019 Nokia flagship comes with a five rear cameras, which is the device's USP.

Explore much more than meets the eye with the power of 5. Ultimate focal length control on the Nokia 9 Pureview. Coming soon. #ExploreEveryDetail pic.twitter.com/l9RUWaGpH1

Although HMD Global hasn’t shared the official India launch date of the Nokia 9 Pureview yet, we expect it to make its first appearance in India by the end of this month. The company should be confirming the launch date in the near future. All HMD has mentioned in the tweet is, “Explore much more than meets the eye with the power of 5. Ultimate focal length control on the Nokia 9 Pureview. Coming soon."

Talking about the specifications of Nokia 9 Pureview, the rear camera setup is developed in partnership with Light. It is powered by the Snapdragon 845 chipset, and, Nokia has worked closely with Qualcomm and Google to optimise the camera setup to fully utilise the SoC. On the front, the 2019 flagship features a 5.99-inch Quad-HD+ (1440x2960 pixels) POLED screen with 18.5:9 aspect ratio, a 20MP selfie-shooter, and an in-display fingerprint sensor.

The Nokia 9 Pureview has 6GB RAM and 128GB of internal storage. On the inside, it packs a 3,320mAh battery with wireless charging support. Additionally, Nokia has included connectivity options like Bluetooth 5.0, and NFC. It is also IP67 certified for water and dust resistance and packs a USB Type-C port. However there is no 3.5mm audio jack.

On the optics front, the Nokia 9 Pureview sports five rear cameras with Zeiss certified lenses: three 12MP monochrome sensors and two 12MP RGB sensors. Moreover each of these cameras click a picture when a person takes a shot, and fuses all of them together to create a single image.

The device, with all its qualities, has not been very well received worldwide. Lots of bugs were initially reported when HMD Global started circulationg the device around. We'll be putting the same through its paces once we receive a review unit.