An unknown Nokia smartphone has received FCC certification, and it may be the company's rumoured flagship device, the Nokia 9. The FCC certification documents confirm that the handset supports connectivity options like NFC and Bluetooth 4.2. The device carries the model number TA-1004 and Phonesdaily.com notes that this could be the base variant of the device. Considering the fact that FCC is a US-based certification authority, the smartphone could be heading to the US as well. The smartphone has been leaked multiple times in the past, and was also spotted in the form of a prototype handset recently. 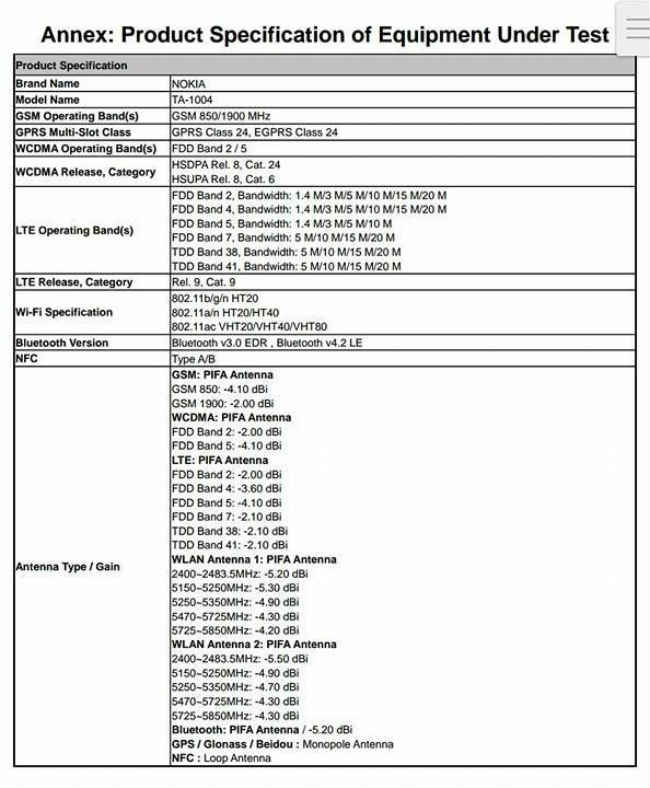 The Nokia 9 is rumoured to be powered by Qualcomm's Snapdragon 835 chipset coupled with an option for either 4GB or 8GB RAM. The smartphone is said to feature a 5.3-inch Quad HD display with 64GB onboard. The device is also tipped to sport a dual 13MP rear camera setup. Further, the phone has appeared in GeekBench with model numbers TA-1052 and TA-1012 in the past. The handset is supposed to launch with a 3000mAh battery and run Android 7.1.1 Nougat out of the box. It is expected to be priced at €750 (approximately Rs. 54,000) making it a direct competitor to other flagship devices like the Samsung's Galaxy S8, the Sony Xperia XZ Premium and the LG G6.