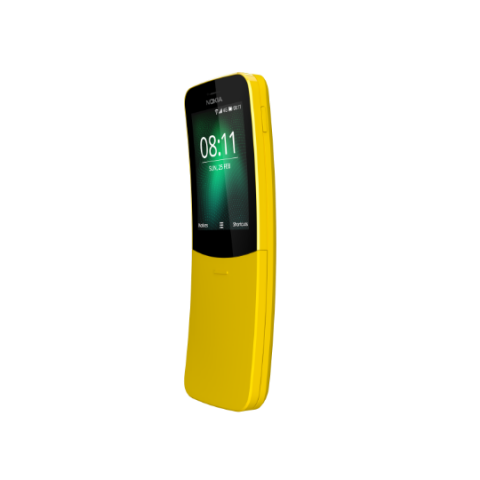 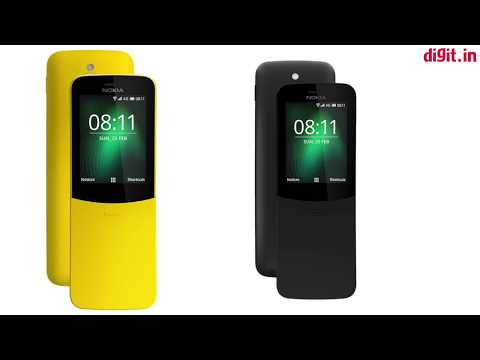 Last year, Juho Sarvikas, Chief Product Officer at HMD Global, hinted that the Nokia 8110 aka the Banana Phone will get WhatsApp support. Few months later, the company has now announced that users can use the instant messaging app on the phone. The Finnish giant also said that India is the first country to get this support. Those who own the phone can download it from the app store in the device.

“We’re happy that our fans in India will get WhatsApp on Nokia 8110 first anywhere in the world. The Nokia 8110 is a phone for ‘the originals’ and I hope along with adding to the style quotient, this new addition of WhatsApp to the already existing bouquet of apps on Nokia 8110 will make it the ideal choice for our fans,” Ajey Mehta, Vice President and Country Head – India, HMD Global, said in a statement.

HMD Global had launched the 4G-enabled Nokia 8110 in October in India. The smart-feature phone was first introduced at MWC 2018 but Indians had to wait for a few months to relive the sense of nostalgia. The ‘banana phone’ got famous after it was used in the first Matrix movie. The phone comes with 4G support and users will be able to use it as a Wi-Fi hotspot. Powered by KaiOS, the devices ships with Google Assistant, Google Maps and Google Search, along with Facebook and Twitter.

When it comes to the specifications, the Nokia 8110 has a 1.1Ghz dual-core Qualcomm 205 mobile processor under the hood. It has 512MB of RAM, and 4GB of internal storage with an option to expand it via a microSD slot. On the back is a 2MP camera, and the phone has a 1,500mAh battery. At the launch event in India, HMD Global claimed that the Banana phone can last up to 25 hours on standby and deliver a talk time of 9.32 hours on a 4G VoLTE connection.

The Nokia 8110 4G is available in Black and Banana Yellow colours across top mobile retailers in India, and online on Nokia.com, Amazon and Flipkart, at a recommended best buy price of Rs 4,999.