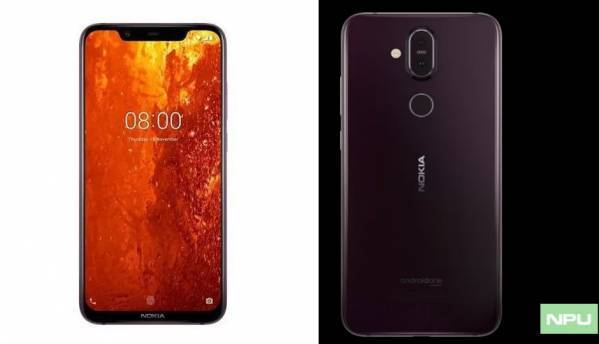 The Nokia 8.1 is reportedly going to be the rebranded global version of the Nokia X7.

Nokia will soon launch a new phone and all reports about it till now point at the Nokia 8.1, which is speculated to be the global version of the recently launched Nokia X7. While the phone was spotted on the benchmarking website Geekbench, there was no conclusive evidence that the Nokia X7 is being launched globally. However, NokiaPowerUser claims to have obtained the official Nokia 8.1 images, along with its promotional slides that reveal the phone in its entirety. The leaked images do look quite convincing and specify details about the upcoming phone in line with the previous reports.

The Nokia 8.1 is seen featuring the same design and specs as the Nokia X7. The phone is listed with a 6.18-inch display with a 2246×1080p resolution and 19:9 aspect ratio. There is also a notch on top of its display. It is powered by the Snapdragon 710 SoC that is clocked at 2.2 GHz and is coupled with up to 6GB RAM with up to 128GB of internal storage. The device packs a 3400 mAh battery and sports a rear-mounted fingerprint sensor. The Nokia X7 was launched running on Android 8.1 Oreo out-of-the-box but the Android 9 Pie update for it is also available. The leaked press images of the Nokia 8.1 suggest that it will be launched running on Android 9 Pie. 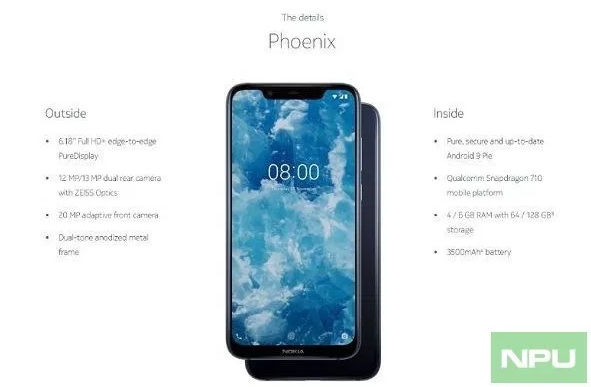 In terms of optics, the phone comes equipped with a 12+13 MP dual camera with Zeiss optics and dual pixel PDAF on the back. On the front, it sports a 20 MP sensor for selfies. The device is said to launch in Red, Silver and Blue colour models. Nokia is hosting an event on December 5 and it seems like that the phone will be launched there.

Nokia is also speculated to be working on its Nokia 9 Pureview phone and some images of the device’s back case were leaked recently. The rear cover features seven cutouts for the camera setup, but five of these are said to be for the lenses and the other two could be for an LED flash and the alleged IR focusing apparatus. An elongated cut-out on one of the cameras hints at the presence of a microphone. You can read more about the device here.