The three Nokia smartphones are said to be receiving the July Android Security update which fixes a critical security vulnerability. 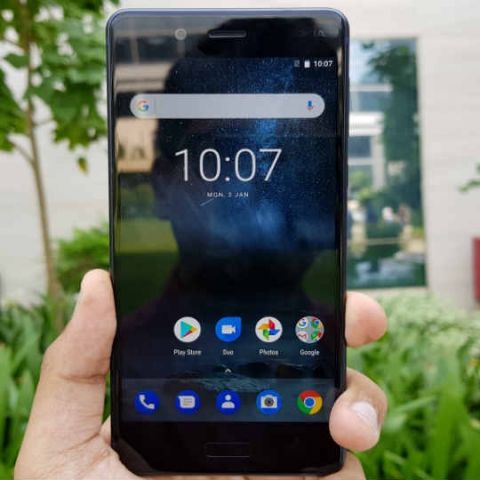 Nokia is one of the smartphone manufacturers that releases swift software updates for its devices. As per NokiaPowerUser, the company is reportedly seeding the July Android Security update for its Nokia 8, Nokia 7 Plus and the Nokia 6.1 in India, which have the model numbers TA-1004, TA-1046 and TA-1089 respectively. The changelog is said to fix a critical security vulnerability in the Media framework, which could enable an intruder or remote attacker to execute arbitrary code within the context of a privileged process, using a specially crafted file.

The update is said to weigh around 79.1 MB in size for the Nokia 8, while it’s 87.4 MB in size for the Nokia 7 Plus. For Nokia 6.1 users, the update weighs at 87.7MB. One can check if the update is available for their device by heading over to System Updates tab under Settings. A previous report stated that the Nokia 7 Plus also support Google’s Augmented Reality platform ARCore, even though it is not included in Google’s list of ARCore compatible smartphones. However, the Nokia 8 and the Nokia 6.1 are already included in that list.

In India, HMD Global launched the Nokia 7 Plus (review), Nokia 8 Sirocco (review) and the Nokia 6.1 in late February this year. Alongside the smartphones, the company also announced its Nokia 1 and the Nokia 8110 4G feature phone, which run on Google Go OS and KaiOS respectively.

Taking a quick look at the specifications, the Nokia 8 sports a 5.3-inch Quad HD display and is powered the Qualcomm Snapdragon 835 chipset. It comes with 4GB RAM and 64GB of expandable storage. It features a dual 13MP rear camera setup and one 13MP sensor on the front. The primary camera features f/2.0 aperture, optical image stabilisation and dual-LED flash.

The Nokia 7 Plus is powered by the Qualcomm Snapdragon 660 SoC, coupled with 4GB RAM and 64GB internal storage. It features a 6-inch full-HD+ IPS LCD display with a taller 18:9 aspect ratio and it is backed by a 3,800mAh battery with wireless charging support. On the rear, it features a 12MP wide-angle lens with f/1.75 aperture and a 13MP telephoto lens with f/2.6 aperture. On the front, it comes with a 16MP sensor with a f/2.0 aperture.

The Nokia 6.1 features a 5.5-inch Full HD display and is powered by a Qualcomm Snapdragon 630 SoC with 3GB RAM. It sports a 16MP camera on the rear and comes with an 8MP sensor at the front. It is powered by a 3000mAh battery and supports wireless charging as well.