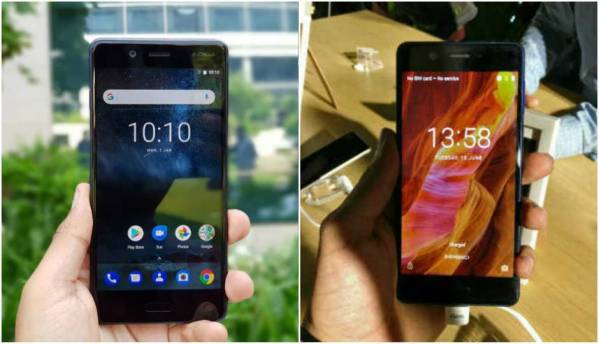 HMD Global has officially cut down the price of the Nokia 5 (3GB RAM) and the Nokia 8 smartphones in India. This announcement comes weeks ahead of the Mobile World Congress 2018, where the company is expected to launch its 2018 lineup of smartphones. Nokia 8 has received an Rs 8,000 cut and will now cost Rs 28,999, against its launch price of Rs 36,999. The Nokia 5 smartphone can now be purchased priced at Rs 12,499, down from Rs 13,499.

The Nokia 8 was launched in India last September. It features an Aluminium body design with a front-mounted fingerprint scanner and sports a 5.3-inch 2K display. It is powered by the Qualcomm Snapdragon 835 Octa-core platform and has 4GB RAM coupled with 64GB of internal storage, which can be further expanded up to 256GB via a microSD card slot.

The smartphone features 13MP dual rear cameras, laser AF and PDAF support, Carl Zeiss optics, and image stabilization. It comes with a 13MP front-facing camera as well and features a “bothie” mode allowing users to live stream a video using the device’s both front and rear cameras. The Nokia 8 was launched running on Android 7.1.1 Nougat but is now upgradable to Android 8.0 Oreo.

The Nokia 5 was launched last November in India and it also sports a full metal-unibody design. It is powered by Qualcomm’s Snapdragon 430 SoC and sports a 5.2-inch IPS LCD display with 1280 x 720p resolution with Corning Gorilla Glass protection. The phone comes with 3GB RAM and 16GB of onboard storage, which can be further expanded up to 128GB via a microSD card.

In terms of optics, the Nokia 5 features a 13MP rear camera with f/2.0 aperture, PDAF support and comes with an 8MP front-facing camera. It was launched running on Android Nougat out-of-the-box and has recently started receiving the Android Oreo update. It is backed by a 3000 mAh battery.