Nokia 7.2 spotted on Geekbench with 6GB RAM ahead of rumoured IFA 2019 launch 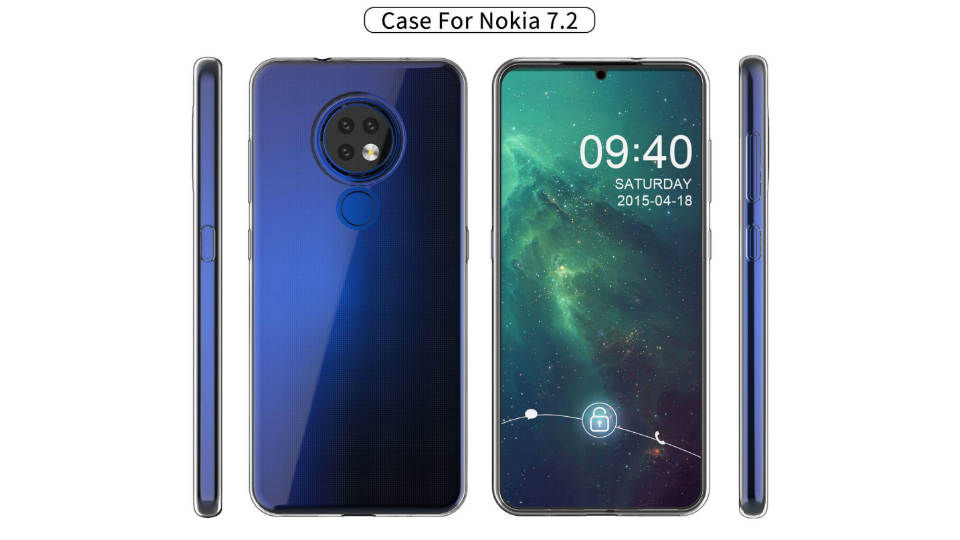 Nokia 7.2 has been listed on Geekbench ahead of its rumoured IFA 2019 announcement.

The smartphone is listed running on Android 9 Pie and with 6GB RAM.

Nokia was suspected of working on two new smartphones called the Nokia 6.2 and Nokia 7.2. Now, the smartphone maker has announced it will be participating in IFA this year and the two phones might be announced at the upcoming event. However, the Nokia 7.2 has popped up on Geekbench ahead of its official announcement, revealing some of the device's specifications. As per the listing, the handset could be powered by an octa-core processor that is clocked at 1.84GHz and it might be paired with 6GB RAM. While the processor used on the handset is unconfirmed, it was previously reported to be either the Snapdragon 660 SoC or the Snapdragon 710 SoC.

The Nokia 7.2 managed to score single-core score of 1604 and multi-core score of 5821 in Geekbench's tests. Unsurprisingly, it is listed to be running on Android 9 Pie. While the smartphone was listed with 6GB RAM, it is also tipped to come with 4GB RAM and in 64GB and 128GB storage versions. It might also feature a 6.18-inch 18.7:9 IPS LCD display with a 2340×1080p resolution and HDR 10 support. On the back, the phone is said to come equipped with a 48MP camera. It could be backed by a 3500mAh battery with support for Qualcomm quick change.

As for the Nokia 6.2, the handset could be powered by the Snapdragon 660 SoC and it might also be announced with 4GB and 6GB RAM, with 64 and 128GB of storage. It will reportedly come equipped with a 6.18-inch 18.7:9 IPS LCD display with a 2340×1080p resolution. It might also feature a 48MP camera on the back and it could be equipped with a 3500mAh battery that supports Qualcomm quick charge.

As mentioned above, Nokia recently announced that it would be hosting an event during the upcoming IFA 2019 show. The company’s announcements are slated to take place on September 5 at 4PM local time. Alongside Nokia, many other companies are expected to make major announcements at IFA 2019.