The Nokia 7 Plus is yet to go on sale in India but the company has already rolled out the Android 8.1 Oreo update for it with the April 2018 security patch. 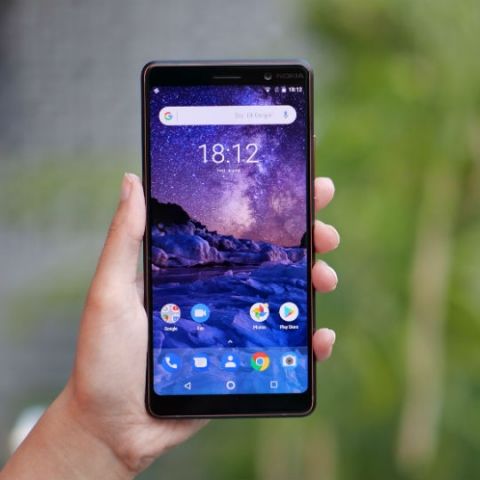 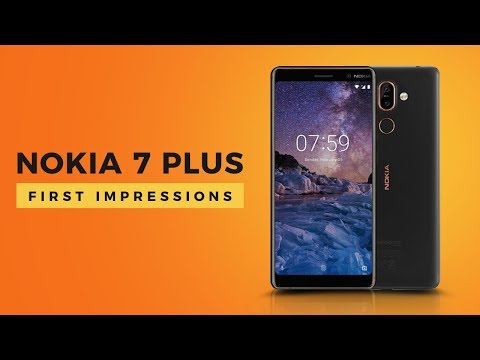 HMD Global recently announced its 2018 lineup of smartphones in India and back during MWC 2018 declared that all of its smartphones will be running on the Android One program, except for the Nokia 2. This essentially means a promise of delivering faster Android software updates, which the company has been able to deliver till now. The Nokia 7 Plus in India is being seeded with the latest Android 8.1 Oreo update with the April security patch. It comes with the firmware version v2.13B and weighs about 590MB in size.

Apart from the upgrade to 8.1 Oreo, the new update brings better battery management with “Battery saving navigation buttons”, which auto-dims the brightness when the phone is not in use. The settings and the power menu have also been revamped. With the new Oreo update, the Nokia 7 Plus will also show battery percentage for any Bluetooth connected device. Finally, the security patch of the device has been updated to April 2018. 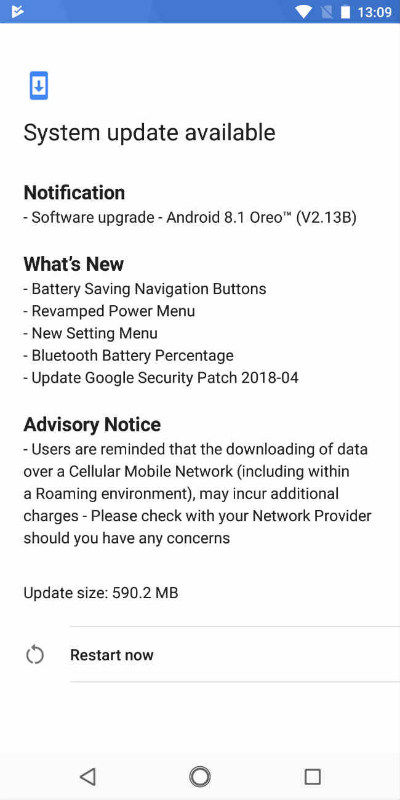 As mentioned earlier, HMD Global announced its 2018 lineup of smartphones in India last week, which includes the Nokia 8 Sirocco, 7 Plus and the New Nokia 6 (2018). In terms of specification, the Nokia 7 Plus features a 6-inch FHD+ display with an 18:9 aspect ratio and is powered by a Qualcomm Snapdragon 660 SoC with 4GB RAM. On the rear, it features a 12MP + 13MP dual rear camera setup and comes with a  16MP sensor on the front. Both cameras use Zeiss lens. The smartphone is priced at Rs 25,999 and will go on sale from April 30, with pre-booking starting from April 20.

The Nokia 8 Sirocco is the company’s current flagship smartphone, which sports an all-glass design, which covers 95 percent of the phone, and a stainless steel frame. It features a 5.5-inch QHD POLED display and is powered by the Qualcomm Snapdragon 835 SoC with 6GB RAM and 128GB internal storage. The smartphone is water and dust resistant with an IP67 rating and comes with a 12MP wide-angle lens and a 13MP telephoto lens for the rear camera. The phone supports wireless charging and is powered by a 3260 mAh battery. It is priced at Rs 49,999.

The New Nokia 6 or the Nokia 6 (2018) smartphone is powered by a Qualcomm Snapdragon 630 SoC with 3GB RAM and features a 5.5-inch full HD display. It comes with a 16MP rear camera and 8MP sensor on the front. It packs a 3000mAh battery and is priced at 16,999. All the three newly announced Nokia smartphones feature the Bothie mode, allowing users to shoot a video or photo using both the front and rear cameras simultaneously, and comes with the Nokia Pro camera mode which displays the changes being made in the final image before capturing it.