The Nokia 6 (2018) was announced officially in China. It sports a 5.5-inch full HD display, powered by the Qualcomm Snapdragon 630 SoC coupled with 4GB of RAM and 16/32GB of storage. 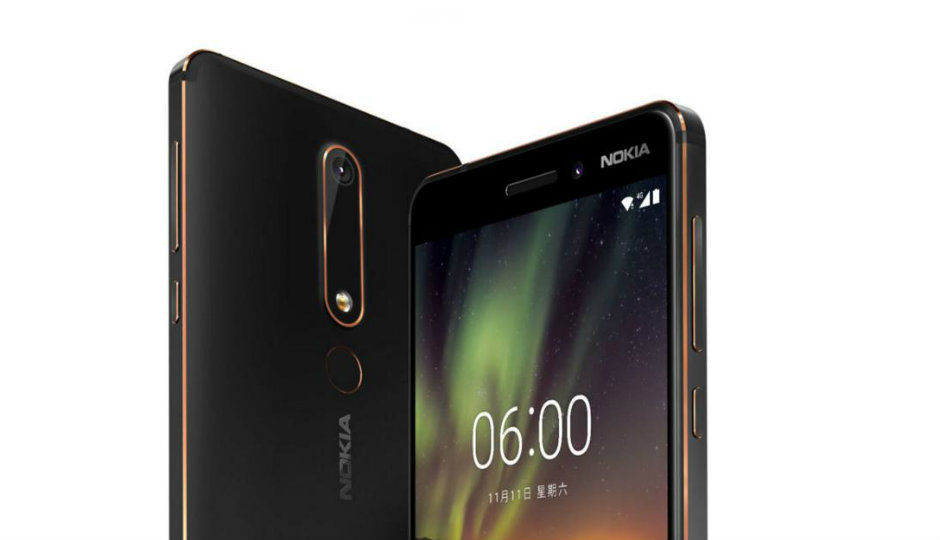 HMD didn’t divulge details about the phone’s global rollout. However, it is likely the phone will be launched in India shortly after going on sale in China.

The 2018 Nokia 6 brings in a few prominent design changes. For one, the fingerprint sensor which used to sit on the front has been shifted to the back of the device. The capacitive keys too have been dropped in favour of on-screen navigation buttons which HMD Global considers bring the phone closer to the Stock Android experience.

HMD Global also claims the phone is durable as it used 6000 series aluminium in crafting the Nokia 6 (2018).

The Nokia 6 (2018) features a 5.5-inch IPS display of full HD resolution. It is powered by an octa-core Qualcomm Snapdragon 630 SoC clocked at 2.2GHz coupled with 4GB LPDDR4 RAM and either 32GB or 64GB storage which is expandable up to 128GB via a microSD card in a hybrid dual-SIM setup. There is a 3,000mAh battery that supports fast charging.

The phone sports a 16-megapixel camera on the back featuring f/2.0 aperture lens, Phase Detection Autofocus (PDAF) and dual-tone LED flash. On the front is a 8-megapixel shooter with an 84-degree wide f/2.0 lens. The phone features Nokia’s proprietary dual-sight technology that leverages both front and rear cameras simultaneously to create a “bothie.”

The Nokia 6 (2018) runs on Android 7.1.1 Nougat out of the box but expected receive the update to Android Oreo in the near future.