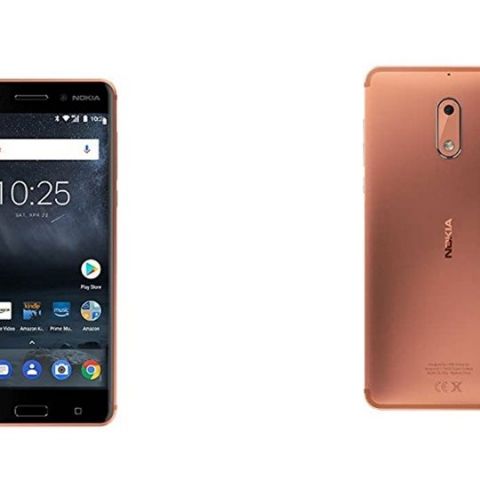 HMD Global has started rolling out the Android 8.0 Oreo update for ithe first generation Nokia 6 and the Nokia 5 smartphone. The company’s Chief Product Officer, Juho Sarvikas tweeted the news claiming that the two smartphones will be “sweeter and smoother” after the Oreo update, which weighs roughly 1.82GB for the Nokia 6. The update can only be downloaded via a Wi-Fi connection.

Sweeter and Smoother. The #Nokia5 and #Nokia6 are officially joining the #AndroidOreo family. pic.twitter.com/7bbW3j7SOF

Sarvikas also mentioned that the update will be rolled out in a phased manner and users can check whether their device has received the update or not by heading over to Software Update in Settings. This new update will bring core Oreo features to the devices such as Picture-in-Picture (PiP) mode, Notification Dots, Autofill passwords and Android Instant Apps. It also updates the devices with the latest January security patch.

In terms of specifications, the Nokia 6 is powered by Qualcomm’s Snapdragon 430 platform with 3GB RAM. It sports a 5.5-inch Full HD display and is powered by a 3000mAh battery. The device sports a 16MP rear camera and comes with an 8MP front-facing sensor. The phone also comes with Dolby Atmos support.

The Nokia 5 features a 5.2-inch HD display and is powered by a Qualcomm Snapdragon 430 SoC with 3GB RAM. It sports a 13MP rear camera with f/2.0 aperture lens and comes with an 8MP front-facing camera. It features 16GB of expandable storage and is powered by a 3000mAh battery. It was launched running on Android Nougat out-of-the-box.

Juho Sarvikas had previously announced via twitter that they will soon start seeding Android Oreo beta update for the Nokia 3 smartphones as well. Nokia 2 will also be directly updated to Android 8.1 Oreo, skipping Android 8.0 Oreo. You can read more about it here.