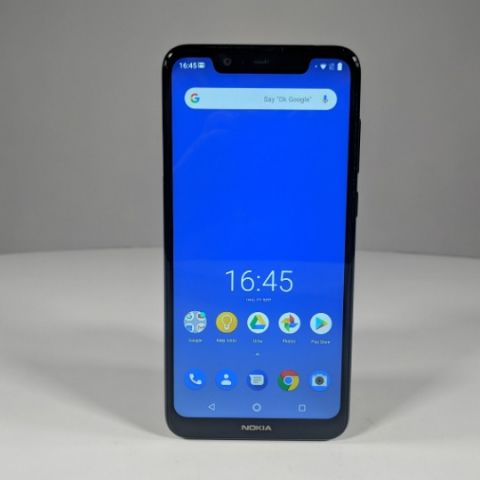 Once prompted, Nokia 5.1 Plus users in India and Indonesia can download the 250MB update (V1.14A) to get some user-interface improvements along with the latest Android security patch.

HMD Global has started to roll out a new Android 8.1 Oreo update for the Nokia 5.1 Plus smartphone. The 250MB update version V1.14A will bring the November Android security patch and some user-interface improvements. With this rollout, the Nokia 5.1 Plus joins the ranks of other smartphones like Nokia 5, Nokia 6, Nokia 8, Nokia 8 Sirocco, Nokia 3, Nokia 6.1 Plus, Nokia 6.1 and Nokia 3.1 Plus that have already been updated.

Generally, your phone will be prompted to download the update and if you are one of those who haven’t been prompted, you can go to Settings and tap to check for system updates. Don’t worry if your phone says “Your phone is up to date”, you will soon get the update on your device. The latest security update changelog mentions user interface improvements and improved system stability as well as the latest security patch. The patch brings fixes for many security issues, including the most severe vulnerability in this section, which could enable a proximate attacker using a specially crafted file to execute arbitrary code within the context of a privileged process. As noted by Google, there are no reports of customers being affected by the security vulnerabilities that it found. The dedicated bulletin for Google’s phones and tablets listed three security fixes and four functional updates.

HMD Global has been consistent in releasing Monthly Security and OS updates for Nokia smartphones. It released all its smartphones under Google’s Android One Program, which means these smartphones will receive a minimum of two years of OS update support and regular Android Security patches. While some of the smartphones have already got the Android 9.0 Pie update, others are expected to get the OS update soon.

Launched in August, the Nokia 5.1 Plus is powered by the MediaTek Helio P60 octa-core SoC and comes equipped with a 5.86-inch HD+ display with a 19:9 aspect ratio and an 84 percent screen-to-body ratio. In terms of optics, the Nokia 5.1 Plus sports a 13MP + 5MP dual-rear camera setup with a f/2.0 aperture. On the front, it features an 8MP sensor with f/2.2 aperture and 80.4-degree angle of view. The dual-SIM smartphone is also backed by a 3060 mAh battery.