Nokia may introduce 3310 in India before smartphones, products to be 'mutually exclusive' to online, offline channels

HMD Global's India VP, Ajey Mehta, also stated that company plans to make all of its smartphones out of Foxconn's India plant. 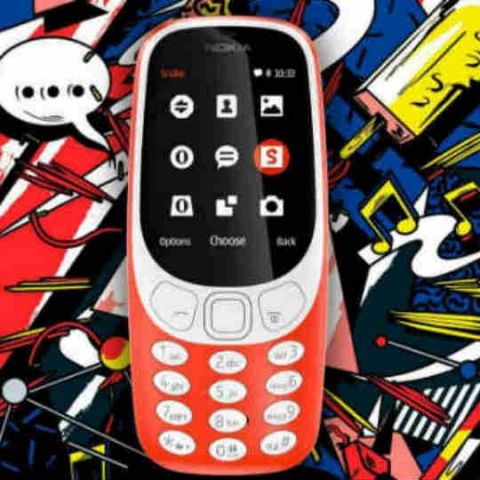 The Nokia 3310 may be the first phone that will be introduced in India, ahead of the new Nokia Android smartphones. In an interview with Gadgets360, HMD Global’s India VP Ajey Mehta stated that while the smartphones are now expected to launch in the second half of 2017, the Nokia 3310 should be introduced in India prior to that. This will be the first Nokia-branded device to be launched in India, ever since the company sold its mobile brand licence to Microsoft.

Mehta has also affirmed that Nokia will be selling phones in India via both online and offline channels. However, all of its devices will be mutually exclusive to one channel. For instance, if the Nokia 3310 is introduced via offline retail partners, it will be only sold offline, and if the Nokia 6 is introduced via online platforms, it will only be sold online. Nokia will also be reworking its retail and distribution strategies, alongside reestablishing retail outlets and service centres across 250 cities in India at first. He also stated that this will not be all, and Nokia will also be expanding its service support in time.

It is not yet clear exactly how the mutually exclusive selling model may work for Nokia, but the company seems to have specific target groups of users for each of its devices. The company may take a wider approach and introduce devices on both online and offline channels, but as of now it seems to be warily testing the waters for initial reactions. Choosing one channel instead of both will also allow Nokia to incur lesser expenses in terms of distribution, and with the Nokia brand being one of the most trusted in the country, such a strategy may actually allow it to maximise profitability.

Mehta also stressed on the company’s plans to align Nokia as a “people’s brand”, playing to the company’s strength of nostalgia. To recall, the company once reigned supreme as the number one brand for mobile phones globally. The advent of Android and iOS led to a gradual decline from the company’s glory days, and Nokia’s mobile business was finally acquired by Microsoft. The company’s comeback in 2017 has sparked major nostalgia of late, particularly with Nokia introducing a seemingly new-age 3310 feature phone, which includes the iconic Snake game.

While a date has not been given, we expect Nokia’s first India launch to be held in April 2017, and smartphone launches would follow in May 2017.