Nokia 2.2 priced at Rs 6,999 is the cheapest Android One smartphone in India 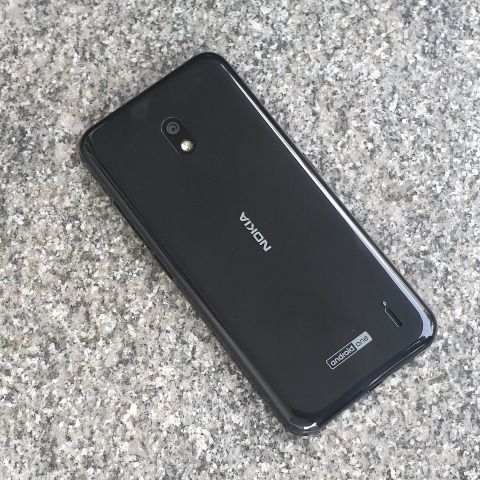 The Nokia 2.2 has the regular version of Android 9 Pie, in stock Android flavour with Android One certification.

Inside, there’s a MediaTek Helio A22 SoC coupled with 2GB/3GB RAM and 16GB/32GB storage.

The device has launched at ‘introductory’ prices of Rs 6,999 and Rs 7,999, effectively making it the cheapest Android One phone in India.

HMD Global has a new Nokia phone in the market today. Called the Nokia 2.2, HMD claims it’s the fastest and cheapest ticket to the next Android update. The Nokia 2.2, like all Nokia phones, is Android One certified. The device has launched at ‘introductory’ prices of Rs 6,999 and Rs 7,999, effectively making it the cheapest Android One phone in India.

This is perhaps the only thing separating the Nokia 2.2 from the barrage of other budget phones available in this same price segment. The rest of the device has entry-level hardware but with some interesting add-ons. For instance, the the phone is housed in a removable polycarbonate shell. The back panel can be removed to snap on a different colour. These are the same Xpress-on covers that were available for the Nokia 1 last year. This time, the Xpress-on covers come in three new colours — Forest Green, Pink Sand and Icy Blue. Otherwise, the device itself is available in two different colours — Steel and Tungsten Black. There’s also a dedicated Google Assistant button on the sides. 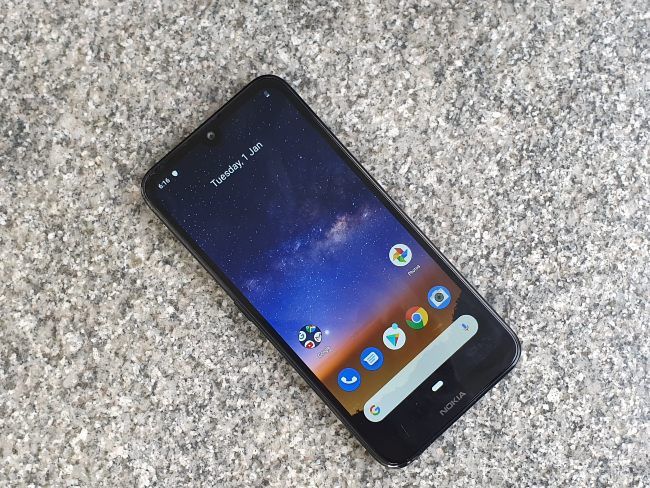 Inside, there’s a MediaTek Helio A22 SoC coupled with 2GB and 3GB RAM options, and 16GB and 32GB storage options, along with a 3,000mAh battery which is removable. On the front, there’s a larger 5.71-inch LCD display with 400 nits of brightness. The extra real estate was managed by introducing a waterdrop notch that houses the front camera, allowing the display to stretch to the edges. The MediaTek Helio A22 isn’t really the fastest chipset in that price range though. It’s a quad-core SoC with four Cortex-A55 cores clocked at 2GHz.

As for the camera, the Nokia 2.2 offers a single 13MP camera on the back with f/2.2 aperture and a 1/3” sensor. On the front is another 5MP camera. Nokia spent most of the presentation showcasing the camera. It comes with Nokia’s proprietary AI imaging algorithm called “AI powered low light image fusion”. A heady name that, but what it primarily does is take multiple photos across a range of exposure and apply noise reduction algorithms on it. The same AI imaging feature helps in making HDR photos come out better and it’s also present in the front camera along with a beauty mode. The front camera also assists in face unlock.

The Nokia 2.2 will be available for purchase in India starting June 11, while pre-orders will begin from today. The phone also launched in Europe with a global average retail price of 99 Euros. In India, the Nokia 2.2 will be available on Nokia.com, Flipkart and leading offline retail stores. The phone will retail at Rs 6,999 for the 2GB RAM 16GB storage variant and Rs 7,999 for 3GB RAM and 32GB storage for a limited period. Post that, the ‘recommended’ price will be set at Rs 7,699 for the base variant and Rs 8,699 for the top variant. Reliance Jio subscribers can get an instant cashback of Rs 2,200 along with 100GB additional data.

The instant cashback will be credited in the form of 44 discount coupons of Rs 50 each and can be availed when recharging using the MyJio app. Furthermore, 5 people who pre-book the device stand a chance to get 100 percent cashback on the Nokia 2.2.