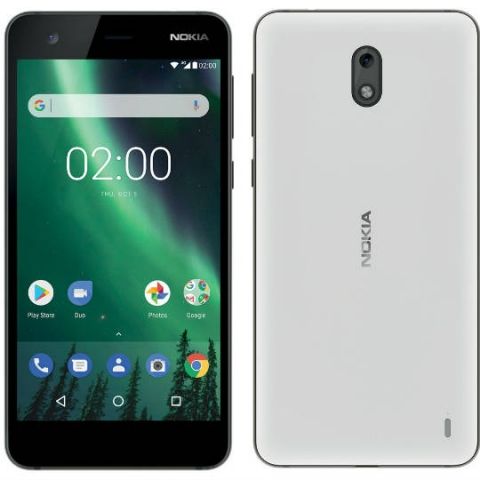 Nokia 2, the entry-level smartphone in HMD Global's lineup is expected to launch in November. The details about the upcoming launch were revealed by Nokia's Myanmar's Facebook page and GSMArena reports that there is no indication of the device launching sooner in some other markets.

HMD Global's current smartphone lineup includes the Nokia 3, Nokia 5, Nokia 6 and Nokia 8. The company is expected to introduce two new smartphones to this lineup. One of them is expected to be the entry-level Nokia 2 and another device could be a premium flagship device called the Nokia 9. The Nokia 9 might launch ahead of the Nokia 2, but both the handsets are now expected to launch before the end of this year.

In terms of features, the Nokia 2 is expected to sport a 4.7-inch HD display and use Qualcomm's entry-level Snapdragon 210 chipset. The smartphone will offer 1GB RAM, 8GB storage, an 8MP primary camera and a 5MP selfie camera. One of the big differentiators is expected to be the software-based navigation buttons as opposed to capacitive navigation keys found on the company's other smartphones. The smartphone is also said to pack a massive 4000mAh battery, making it the direct competitor to Xiaomi's best-selling Redmi 4 and similarly specced Moto E4 series.

Nokia 9, on the other hand, is said to sport a bezel-less design and also switch to on-screen buttons. Both the smartphones have leaked in the form of renders and will help HMD Global compete in a segment that is already dominated by some of the mainstream brands.