OnePlus One gets a new CM11 update, XNPH05Q that integrates MaxxAudio and Swiftkey within the OS.

While we eagerly await the unveil of the Android Lollipop based Oxygen OS for the OnePlus One, the company released an incremental update, XNPH05Q, for its customers whose phones are running on Cyanogen 11S. The update brings the integration of MaxxAudio and Swiftkey into the OS itself. A detailed list of changes and fixes given below. 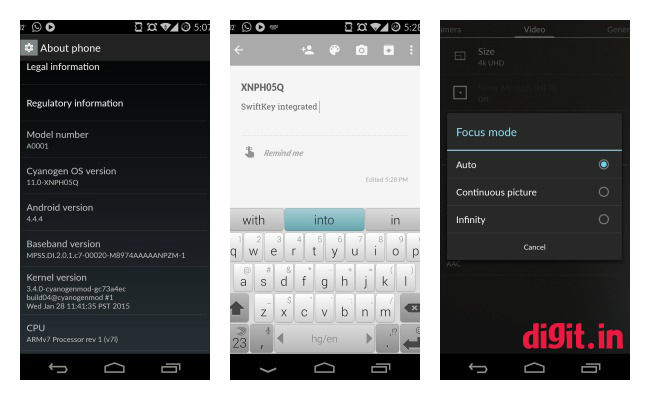 SetupWizard: Allow turning on mobile data if off by default

Added letterbox view for to show actual capture in preview

Call events can be handled on alarm

The update is rolling out now via an OTA update. The changes suggest that NFC configuration and media codecs have been updated, and some security issues have also been fixed. New focusing options in video mode have been added and the audio output latency is now optimized.

Read our review of the OnePlus One