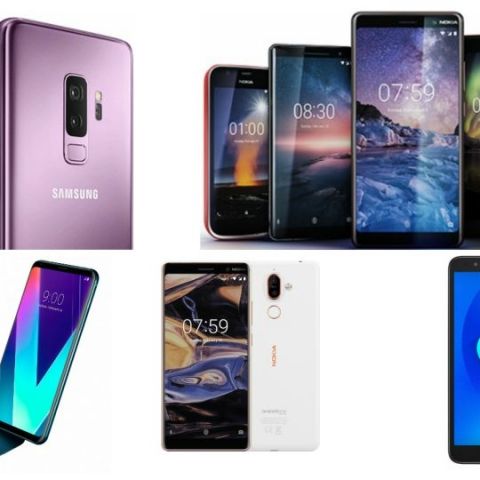 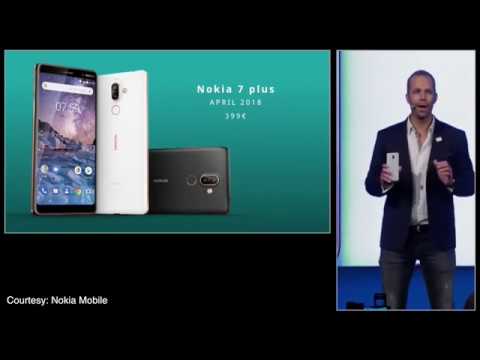 First day of the Mobile World Congress 2018 has concluded and most of the smartphone manufacturers present at the event have unveiled their smartphone lineup for this year. Samsung launched its highly anticipated Galaxy S9 smartphones and HMD Global launched a total of five handsets at the event. Alcatel took the stage to unveil the first Android Oreo (Go Edition) smartphone along with some other phones and LG has also launched its V30S smartphone. Here is a roundup of what was launched today.

Samsung unveiled its Samsung Galaxy S9 smartphones and as previous rumours suggested they come with a new processor and a revamped camera setup. The Galaxy S9 features a 5.8-inch display, whereas the bigger variant comes with a 6.2-inch screen and both sport AMOLED panels. The company did change the fingerprint sensor placement and it now sits centrally at the rear. The highlight of the smartphones is their variable aperture lens in the camera which allows for switching between f/1.5 and f/2.4 aperture lens and it can also capture slow motion videos at 960fps. There is also an Enterprise edition of the Galaxy S9, which is a business-ready mobile device solution and comes with Samsung Knox, the company's enterprise mobile security solution platform. You can read more about the phones in detail here.

HMD Global launched the Nokia 7 Plus, Nokia 6 (2018), Nokia 8 Sirocco, Nokia 1 and the Nokia 8110 4G smartphones at the event. The company also made a major announcement that all of their phones, except Nokia 2, will be run on the Android One platform. The Nokia 7 Plus comes features a 6-inch FHD+ display and is powered by a Qualcomm Snapdragon 660 SoC with 4GB RAM. The Nokia 8 Sirocco features a dual-glass design with a stainless steel frame and is IP67 water and dust resistant.

The First Android Oreo (Go Edition) smartphone by the company, the Nokia 1 features a 4.5-inch FWVGA display and is powered by a Mediatek MT6737M quad-core processor with 1GB RAM. Finally, there is also a rebooted Nokia 8110 4G smart feature phone, which supports Google Assistant, Maps and Search. It runs on KaiOS and comes with Facebook, Twitter and some more apps. You can read all about the smatphones here.

Huawei didn’t launch any smartphone at their event today but unveiled a new MateBook X Pro laptop and the MediaPad M5 tablet. Both the devices are aimed to provide a better viewing experience and come with a 91 percent and 82 percent screen-to-body ratio respectively. The laptop is powered by up to 8th-gen Intel processor and comes with a discrete GeForce MX150 GUP. You can read more it here.

The MediaPad M5 comes in an 8.5-inch and two 10.8-inch display size models. They are powered by a Kirin 960 chipset and feature a resolution of 2560×1600 pixels. There is also a 10.8-inch Pro variant which offers desktop-like experience which can be accessed via a detachable keyboard dock. You can read about the tablets in detail here.

LG unveiled an upgraded version of its V30 and V30+ at MWC 2018, which are called the V30S ThinQ and the V30S+ ThinQ. They come with added RAM and storage options over their predecessors. The LG V30S comes with 6GB RAM and 128GB storage, whereas the LG V30S+ is a variant of the new ThinQ line with 6GB RAM and 256GB storage. You can read more about the smartphones here.

Alcatel unveiled its 1X smartphone, which is the first phone launched running with the Android Oreo (Go Edition). The entry-level smartphone features a 5.3-inch display with a 960 x 480p resolution and comes with a fingerprint scanner on the rear. Alongside the Alcatel 1X, the company also launched the Alcatel 5, 3, 3V and the 3X. You can read more about the smartphones here.