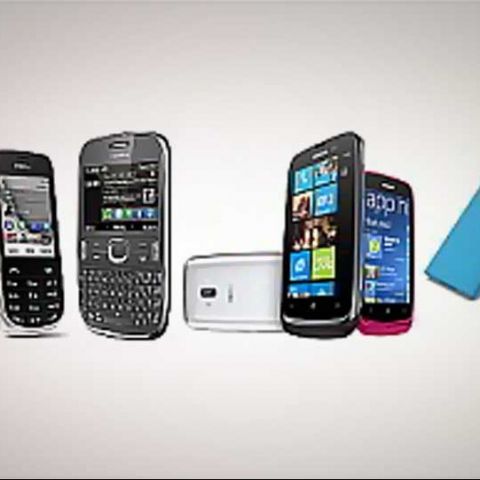 Nokia has unveiled five more devices at MWC, the Lumia 610, the global Lumia 900 (previously, announced only for AT&T), and the Nokia Asha 302, 203, and 202. The two Lumia devieces will release in Q2 2012, while the Asha devices will release within the next few weeks. Nokia also unveiled an updated Nokia Drive app for Windows Phone, as well as Nokia Reading ebook reader and news aggregator. 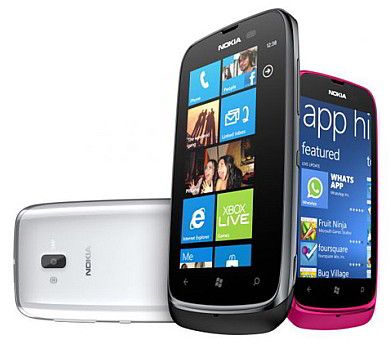 The top-end Nokia Windows Phone, the global-edition Lumia 900, was also introduced, featuring HSPA connectivity instead of LTE. For more information about the device, refer to our previous coverage of it.

Coming to the Nokia Asha devices, we see Nokia has actually launched two models (Asha 302 and 202), with one dual-SIM variant (203). The Asha 302 is a QWERTY device, with social networking and IM integration, as well as Microsoft Exchange. It runs on a 1GHz processor, and offers Wi-Fi N and 3G connectivity (HSDPA 14.4Mbps), as well as USB-on-the-Go support. It features a 1,320 mAh battery, promising over 707 hours of standby time, 9 hours of talk time, and 50 hours of music play. Nokia has priced the Asha 302 at €95, or roughly Rs. 6,500, shipping in dark grey, mid blue, plum red, white, and golden light colours.

The Nokia Asha 202 / 203 are Touch N Type offerings, with a 2.4-inch resistive touch display. Both phones come with Nokia Browser pre-installed, and feature 2MP cameras, GPRS/EDGE connectivity, as well as Bluetooth 2.1, microSD card slot expansion up to 32GB, stereo FM radio with recording, and a 1020 mAh battery rated to deliver up to 400 hours of standby time, 5 hours of talk time, and 25 hours of music play. Both devices will be priced at around €60, or roughly, Rs. 4,000, and come in dark red, black, silver white, dark grey, and golden white colours. They will also ship with roughly €75 worth of EA Games.