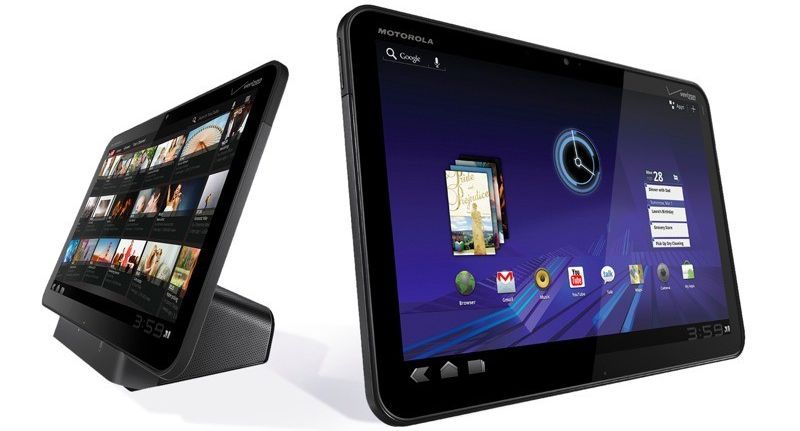 LAS VEGAS—CES 2011 hasn't even officially started yet, but Motorola's press conference today was likely one of the biggest moments of the entire week. The Xoom, one of the first tablets to run on Google's Android 3.0 Honeycomb operating system—the first Android version intended for tablets—was just unveiled at the Consumer Electronics Show here.

Verizon will be the Xoom's carrier. After an advertising campaign that included some shots at the iPad and Samsung's Galaxy Tab (which runs Android 2.2, not Honeycomb) while keeping the name and look of the device under wraps, the Xoom has finally emerged.

Visually, it resembles most of other tablets—dominated by its HD multi-touch screen. The operating system seems far more advanced than virtually all Android 2.2 tablets currently on the market—including Samsung's Galaxy Tab—and is, perhaps, the first tablet truly armed to take on the mighty iPad.

Here's what we know:

Of the nearly 80 tablets purportedly being announced at this year's CES, Motorola's Xoom is the only one running Google's dedicated tablet OS—all the other tablets announced are running Android 2.1 or 2.2, with promises to upgrade to Honeycomb down the road, but nothing to show yet. (The exception is the LG/T-Mobile G-Slate.) Honeycomb comes with full support for Adobe Flash, and of course an operating system designed to work with larger screens, unlike the current version of Android, which Google intended for mobile phones.

The tablet was unavailable for hands on time at the press conference, but PCMag hopes to get some one-on-one time with the Xoom tomorrow when the CES show floor officially opens. Stay tuned throughout the week for more info on the Xoom as CES continues.