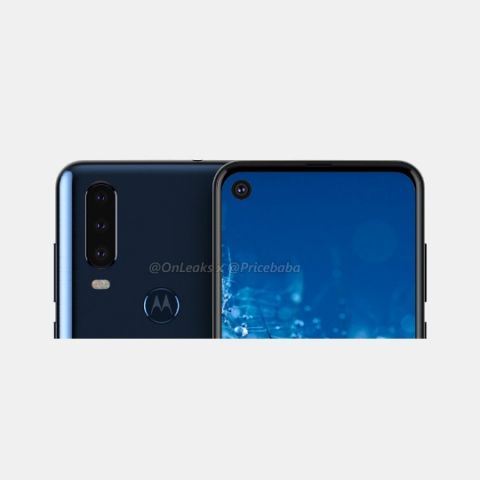 Motorola announced its P30 Power smartphone in September last year and is expected to soon launch a follow up to the phone. While there's no official confirmation of the device's existence, a new video render of it has surfaced online, courtesy of @OnLeaks. It reveals the upcoming device’s design, its external features and some info of its internal components. First off, the phone was said to be the successor to Motorola's G series of handsets and was said to be called the Moto G8. However, @OnLeaks says that it might as well be the Motorola P40 Pro, which could also be called the P40 Note.

The device’s renders suggest that the upcoming Motorola smartphone would feature a triple rear-camera setup. This could very well be the case since an upgrade to the phone could entail an updated camera setup. Additionally, the smartphone manufacturer might also integrate a punch hole display on the phone. Which means there will not be a notch but the front camera will be housed in a cut out on the display. The tipster also says that the phone will sport a 6.2-inch display with possibly HD+ resolution. The device is seen with a thin chin that features the Motorola branding.

Here comes your very first look at #Motorola first triple camera phone which I guess will be launched as the #MotoG7 successor and thus, as the #MotoG8 (TBC). 360° video + gorgeous 5K renders + dimensions + few specs, on behalf of my Friends @Pricebaba -> https://t.co/OUmlkuUxEQ pic.twitter.com/Nwc2vwaimO

The smartphone is said to measure 160.1 x 71.2 x 9.1mm and is seen with a rear-mounted fingerprint sensor. The rear cameras on the phone are said to come with 12MP sensors with a dual-LED flash below. The volume and power button can be seen on the handset’s right edge, while its SIM card tray is placed along its left spine. It sports a USB Type-C port on the bottom, along with the loudspeaker grill and a 3.5mm audio jack is placed on the phone’s top edge. Unfortunately, there’s no mention of the phone’s specifications.

Moto G7 and Motorola One launched in India