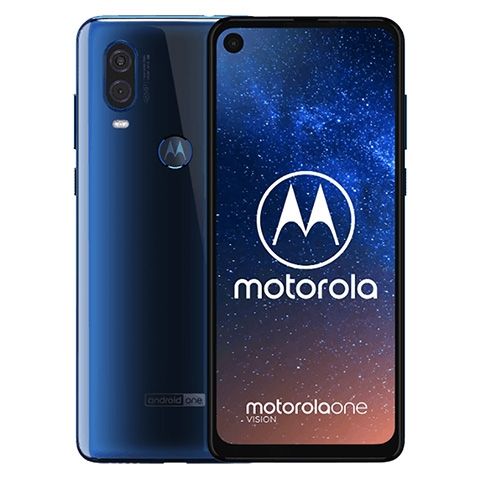 Motorola One Vision to come with 48MP camera

The Exynos 9610 processor will be paired with 4GB RAM

An ARCore support update last month mentioned a Motorola phone that had never previously been rumoured or heard of. The phone was the Motorola One Vision(₹ 14150 at amazon) and while the ARCore update didn’t mention any details, we have them today courtesy WinFuture.

In a very comprehensive leak, WinFuture has published press renders and a full spec-sheet of this alleged upcoming device. The most notable features revolve around the display, camera and the SoC. The Motorola One Vision will apparently run on the Exynos 9610, the same chipset found on most Galaxy A-series smartphones. the Exynos 9610 has an octa-core architecture, but with a slightly lower 2.2GHz clock speed. It'll also have 4GB of RAM and a minimum of 128GB of storage. The display is a rather tall 6.3-inch 1080p display with a 21:9 aspect ratio. The main rear camera has a 48-megapixel sensor while the front shooter is a 25-megapixel unit. We’re not sure if the primary sensor is the Sony IMX586 or one made by Samsung, but it will sport a night mode for improved low light capabilities. Powering all of this is a 3500mAh battery. Unfortunately, the leak doesn’t specify any IP rating. 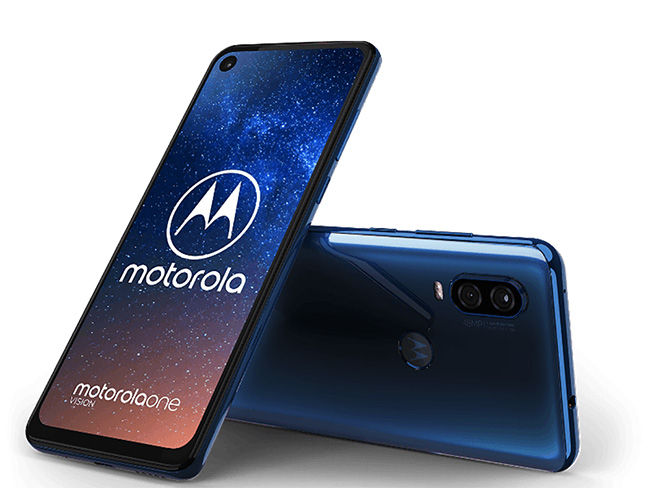 Press render of the alleged Motorola One Vision

WinFuture has also stated that the device will retail for € 299 and will become available for purchase on May 16 in Europe. The phone will be available in blue and bronze colours and the company will even offer the Motorola Verve earbuds for free in some countries to the first few customers. With regards to the phone’s availability in India, there is no official word whether the company will launch the Motorola One Vision in the country.