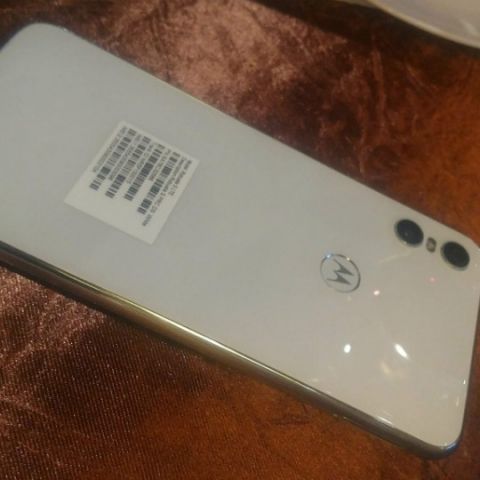 The live images of the smartphone reveal a white colour and tip at a vertically stacked dual-rear camera setup with an LED flash in between.

Motorola will host an event on August 2 at its Chicago HQ where it’s expected to announce the Moto Z3 and the Motorola One smartphones. Ahead of the launch, Slashleak has posted some live images of the Motorola One online, giving a glimpse at the rear panel of the device. The new images reveal a glass back where a Motorola batwing logo is centrally placed. The logo sits flush with the panel and it could also double as a fingerprint sensor. There are two vertically stacked camera modules on the rear and each sensor can be seen placed in a separate housing with an LED flash placed in the middle.

We have previously seen renders of the Motorola One with a black colour rear panel and the new image shows the device in glossy white colour. As per a previous report, the smartphone will most likely be a part of Google’s Android One program and the previous render of the device showed the Android One branding on the lower back of the smartphone. However, it is missing in the live image seen below and it could be because this particular handset might be launched in China. The image also reveals an aluminium frame around the device’s edges. 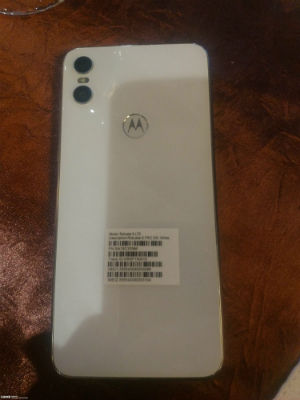 There is also a previous report which suggests that Motorola could announce another variant of the Motorola One smartphone named Motorola One Power. The device was recently leaked in renders, which suggest that there might not be any prominent changes between the two devices externally. However, the Motorola ‘Power’ is expected to come packed with a larger battery in comparison with the standard Motorola One. Both the handsets are also expected to feature notch on top of their display and these if this the case, they might be the first Moto phones to do so.

In terms of specs, the Moto One Power is speculated to feature a 6.2-inch Full HD+ display with an 2280 x 1080p resolution. It might be powered by Qualcomm’s Snapdragon 636 SoC with 4GB RAM and 64GB of internal storage. It will reportedly be backed by a 3780mAh battery and launch running on Android 8.1 Oreo. In terms of optics, the handset might be equipped with a 12MP + 5MP dual rear camera with f/1.8 and f/2.0 aperture lens respectively. On the front, it is said to sport an 8MP sensor with a f/2.2 aperture.