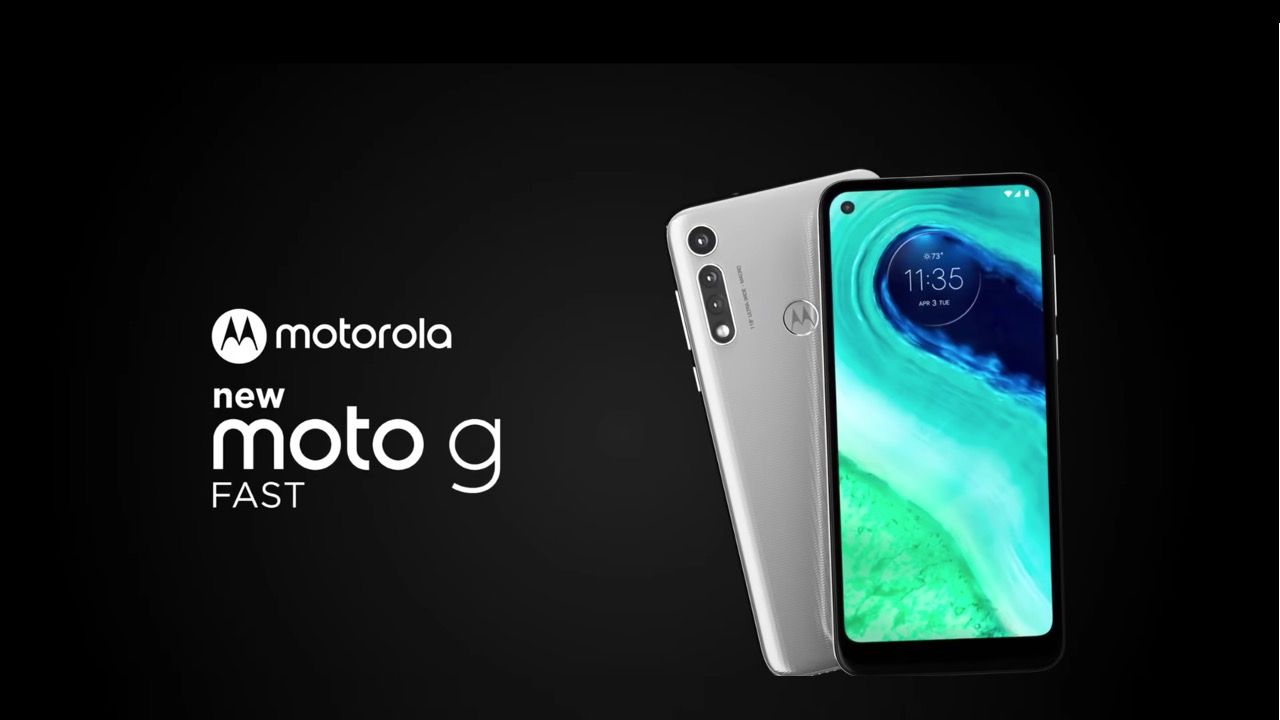 Motorola Moto G Fast has been leaked in its entirety, thanks to the Motorola US YouTube channel that posted an official video of the phone in question. By the looks of it, the Moto G Fast is an entry-level smartphone and doesn’t have a lot to boast about except, of course, the basics.

The official video was first spotted by PulseMouse but was taken down by Motorola US in an attempt to get a hold of the situation. However, the video was re-uploaded by some eagle-eyed YouTube channels. There are rumours that the Moto G Fast could be a toned-down version of the Moto G Power. Having said that, let’s take a brief look at the specifications of the Moto G Fast.

The Moto G Fast is confirmed to be powered by a Qualcomm Snapdragon chipset and is paired with 3GB of RAM. The phone has a triple camera setup on the back the consists of an ultra-wide-angle camera with 118-degree field-of-view and a macro lens as well.

From the promo video, the phone can be seen with a punch-hole cutout on the front for the selfie camera which has become a common sight on smartphones these days.

There’s a fingerprint sensor on the phone in the form of the Motorola batwing insignia.

The Moto G Fast is claimed to have a two-day battery life which could be a hint at a large 5,000mAh battery. It’s not known whether the phone will support fast charging and will come with a fast-charging adapter in the box.

We’ll know more about the Moto G Fast as we near the launch date. Given that the phone’s promotional content is ready to go, we could see an announcement in the coming days.