Sony went from Z to X, Motorola is going the other way! 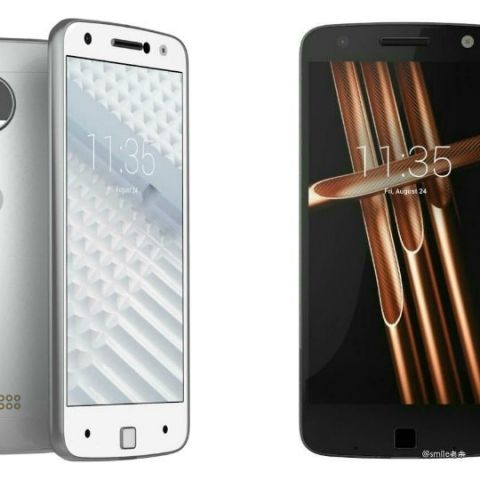 Motorola may be planning to phase out the Moto X brand and replace it with the Moto Z. According to a report by VentureBeat, the company may launch two Moto Z devices, the Moto Z Style (codenamed Vector Thin) and the Moto Z Play (codenamed Vertex). Both devices are tipped to sport 5.5-inch displays, fingerprint sensors, and modular backplates, called MotoMods. As per the report, the range of backplates may include a Pico projector, stereo speakers, and a camera grip with an optical zoom lens. The two devices are expected to be unveiled at Lenovo’s Tech World show, scheduled for June 9.

Images and renders of the upcoming Motorola flagship phones have leaked before. The device may feature a large circular camera housing and a home button, which should double up as a fingerprint sensor as well. There appears to be a connector at the back of the device, which might be how the phone docks with the above mentioned MotoMods. Last month, an unannounced Motorola device tipped to be the new Moto smartphone was spotted on GeekBench. As per the listing, the phone may be powered by a Qualcomm Snapdragon 820 with 4GB of RAM and Android Marshmallow v6.0.1.

Yesterday, Motorola announced the Moto G4 and the G4 Plus. The G4 Plus is available in variants, one with 2GB RAM/16GB storage and another with 3GB RAM/32GB storage. The two variants are priced at Rs. 13,499 and Rs. 14,999 respectively and are available on Amazon India. The Moto G4 will start selling next month and its pricing hasn't yet been revealed. Both devices feature 5.5-inch Full HD displays and are powered by the 1.5GHz Qualcomm Snapdragon 617 octa-core SoC. The two also sport 3000mAh batteries and run Android Marshmallow v6.0.1. The Moto G4 Plus has a fingerprint sensor and a 16MP rear camera, with laser and phase detection autofocus, while the standard G4 has a 13MP camera and no fingerprint sensor.