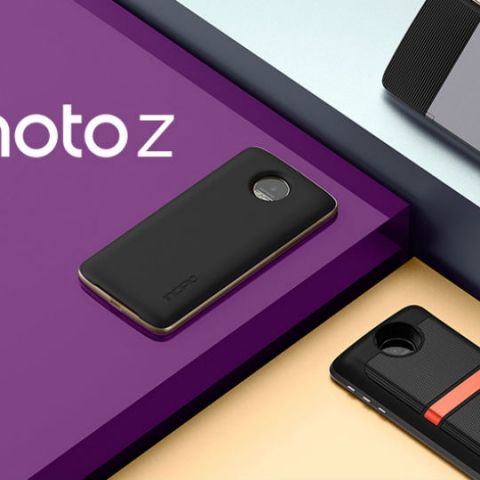 The rumoured Moto Z smartphone is official now. Taking the flagship position over the Moto X series, the new device comes with the Moto Mods concept. The company has announced three Moto Mods to start with, here at the Lenovo Tech World, in San Francisco. These include an extra battery pack, which adds to the phone's 4050 mAh battery, the Moto Insta-Share Projector mod that Lenovo claims can project up to 70 inches, and a JBL SoundBoost mod, which gives the Moto Z Dolby Atmos audio capabilities, claims Motorola. The Moto Z will be available worldwide, from September this year, and it is unclear when it is headed to India. It is worth noting that the Moto Z hasn't officially replaced the X series, and there may still be more Moto X smartphones. Motorola also announced the Moto Z Force smartphone, which comes with the shatterproof display technology, which we saw on the Moto X Force earlier. (Watch the live hands on of both the phones, below)

Further, the new Moto Z is powered by a Snapdragon 820 SoC, along with 4GB of RAM and 32GB or 64GB storage options. The device comes with a 13MP rear camera, and 5MP front camera, and a 5.5 inch QHD display. Interestingly, Motorola has also done away with the 3.5 mm headphone jack, opting instead for USB audio, through the Type C port.

Motorola will also be offering customisable back covers for the Moto Z, for those who aren't interested in the Moto Mods. The Moto Z, however, has a unibody metal design, which is identical to what we've seen through various leaks till now.

In essence, Motorola seems to have taken what LG had in mind with its LG G5, and made it simpler. The new Moto Mods are essentially modules, that fit as back covers, which fit on the Moto Z, using proprietary magnetic connectors, developed by Lenovo. This, according to the company, makes it snap on, providing a more seamless experience. It is worth noting, that unlike the modules for the LG G5, the Moto Z's Moto Mods are hot-swappable, meaning you can simply pull out one module and attach the other, without having to turn off your phone.

In addition, Lenovo also seems to be much more serious about its Moto Mods, than LG with its modules. The Chinese company has announced a developer initiative for third parties to make more such mods, and says that other mods are already being developed. According to Lenovo, this is a first of its kind hardware developer program, in the world. 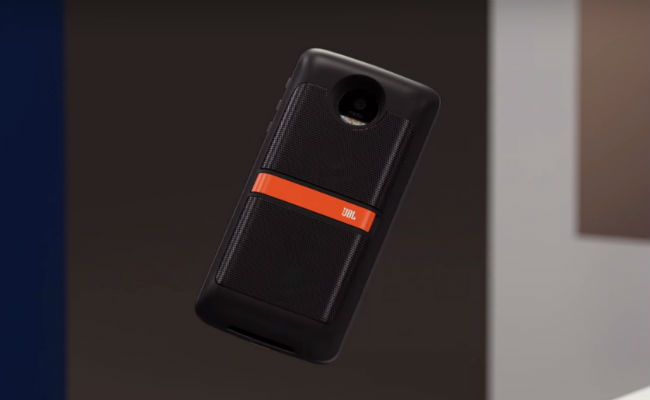 Moto Z with the JBL SoundBoost Mod attached to it

Lenovo also announced a $1 million funding program for Moto Mod makers. "Need a little help with your Moto Mods idea? We’ve got you covered: The Lenovo Capital and Incubator Group (LCIG) will be setting aside seed equity funding to spur innovation on the Moto Mods platform. In addition, the LCIG has set aside $1,000,000 in equity funding for the individual or company that creates the best Moto Mods prototype by March 31, 2017," the company wrote in a blog post. 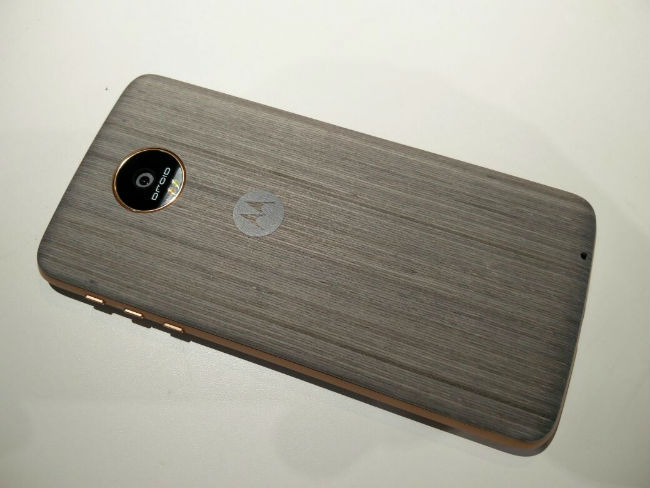 The Moto Z has both Moto Mod attachments and the regular Style Cases. 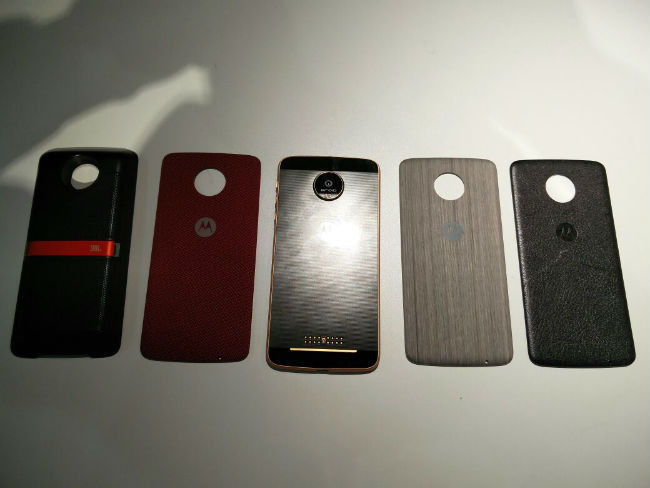 We are on the show floor, at the Lenovo Tech World, in San Francisco right now, and will be bringing you all the updates from here. Stay tuned for more on the Moto Z and Lenovo's new Project Tango-based smartphone.